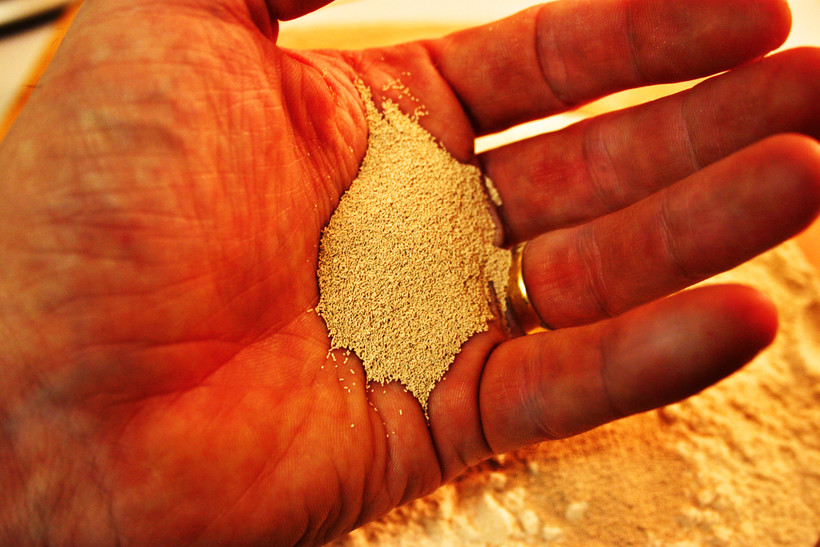 Researchers Look To Use Yeast To Aid Biofuel Production

Yeast has long been prized for its role in the kitchen, whether that be in baking or brewing. But a University of Wisconsin-Madison researcher is now exploring ways to use this bakers' ally to improve biofuel production.

Chris Todd Hittinger, an assistant professor of genetics and a researcher with the Great Lakes Bioenergy Research Center (GLBRC), said he wants to use yeast to brew up energy. Hittinger recently won a National Science Foundation Faculty Early Career Development award for his work on yeasts.

But what is yeast exactly? Yeast is a one-celled fungus, and fungi are the “sister kingdom” to animals, Hittinger said. They are a large group of organisms, including mushrooms, and are actually more closely related to us and other animals than to plants or bacteria. They are most often found in the presence of sugars, including those found in sap, flowers, fruit, and insects. They’re also inside human beings, and also in decaying materials, like a rotting tree.  Hittinger said that yeast is found “anywhere they can make their living off of the free sugar.”

He said that people and yeast have been living together since well before recorded history. Humans have used yeast to make products like wine, beer, and bread for thousands of years. Other items that yeast have made possible are fermented milk products, soy sauce, sauerkraut, and even some sausages.

More recently, however, pharmaceuticals and biofuels are relying on the powers of yeast. Hittinger jokes that “they’ve had a very long and fruitful history.”

Hittinger said the idea of using yeast in the production of biofuels is really not that different from the traditional methods of wine and beer production. The yeast is given some sugars to eat, and they in turn produce more yeast, and by-products like ethanol, which Hittinger said is a pretty good biofuel.

He said there is also advanced research going on to create longer chain hydrocarbons that more closely resemble gasoline.

“The low hanging fruit is to simply take advantage of Saccharomyces’ natural ability to make ethanol," he said.

Saccharomyces cerevisiae is the yeast that Hittinger is referring to, and it's one of the most common yeasts used to make fermented beverages. In fact, its name literally means "sugar fungus of the beer." Hittinger joked that syaing the yeast's name in Latin because "then you sound scientific."

Scientists like Hittinger and other researchers at the GLBRC are learning from the beer industry. For example, there are some hybrid yeast strains being used in brewing that can maximize production of biofuels. Modern genetic analysis has allowed scientists to pinpoint those new strains, and determine which show the most promise, he said.

“A lot of people think that if you've seen one yeast, you've seen them all,” said Hittinger. “But, if we look at their DNA sequences, within the genus Saccharomyces, we're seeing a level of genetic divergence that is roughly equal to that between a human and a chicken.”

He said that means there’s a lot of promise in the use of yeasts for biofuel production.