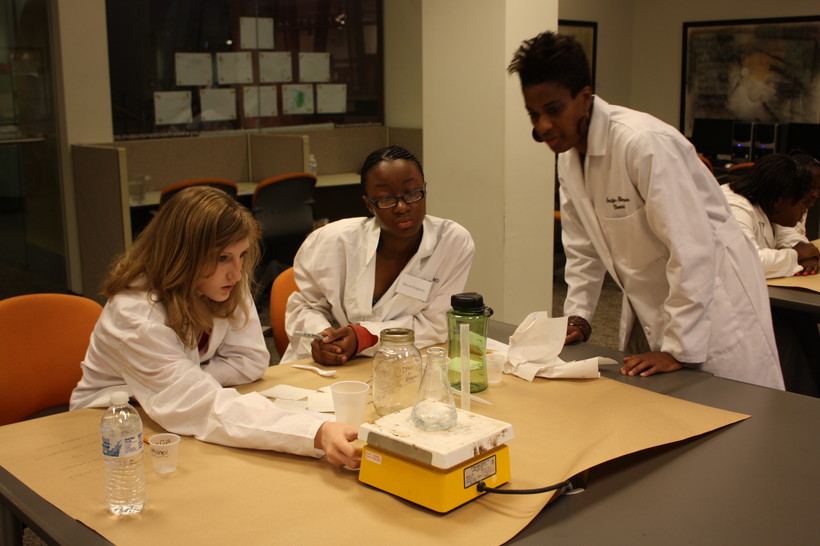 Catherine Hill's research has found that the number of girls who pursue education in STEM fields drops at the college level. Photo by The Women's Museum (CC-BY-NC-SA).

A lack of female representation within the fields of science, technology, engineering and mathematics (also known by the acronym STEM) is linked to to the stereotype that girls aren’t as good at math, according to a prominent researcher focused on the subject.

Catherine Hill is the vice president of research at the American Association of University Women (AAUW) and author of the 2010 report, "Why So Few? Women in Science, Technology, Engineering, and Mathematics." According to her research looking at middle-school and high-school children, girls are equally likely to take math and science classes as boys. Moreover, they achieve slightly higher grades on average in those classes.

However, as soon as those students approach college and university levels, the number of women who pursued the sciences drops.

Hill indicated that stereotype and bias were at play in discouraging girls from continuing.

“What we found was that the stereotype that girls are not as good at math as boys is alive and well, and that the sense was that boys were innately better at it … despite the lack of evidence,” she said.

AAUW’s 2010 report presents eight key research findings that point to environmental and social barriers that block women from participating in STEM fields. AAUW will be releasing a new report later this year outlining progress made since the 2010 report.