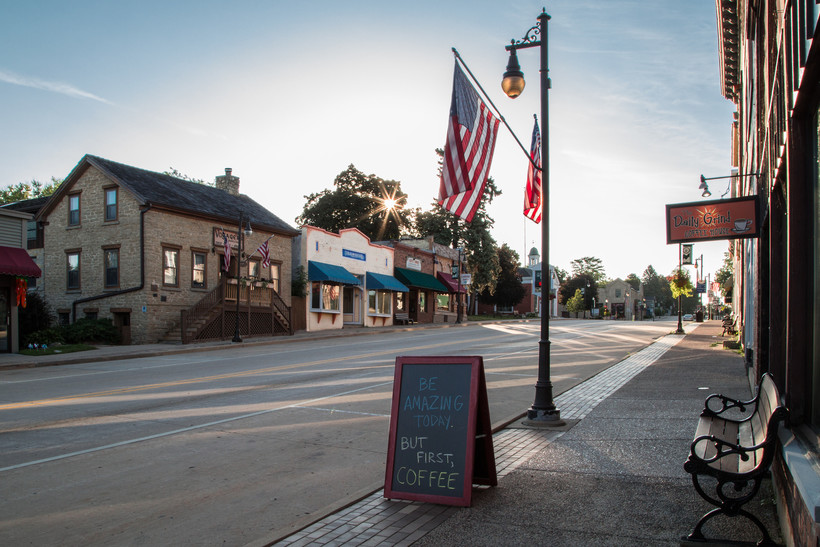 Twenty percent of Americans live in rural parts of the country, but as fewer Americans are choosing to do so, and stories of economic decline seemingly dominate the narrative, a trend in news commentary has followed suit: "Can rural America be saved?"

But Jean Hardy, a doctoral candidate at the University of Michigan School of Information, says that’s the wrong question. He recently wrote about it in his piece, "How Rural America Is Saving Itself."

Rob Ferrett: Why is it problematic for you when you see headlines like "Can rural America be saved?" and this implication that somebody has to swoop in from the outside to save rural America?

Jean Hardy: Well I think that you just answered that question. Oftentimes when people are asking these questions ... they're not necessarily asking it from the perspective of a rural person. It's usually someone like a writer at The New York Times.

JH: I've been doing a lot of research recently in the Keweenaw Peninsula of the Upper Peninsula, which is about a four-hour drive from the nearest metropolitan area. People there are very proud of their region and very proud of their heritage and what's going on there. They do a phenomenal job of building community organizations and partnerships to support each other in their endeavors.

You wouldn't expect, say Houghton, Michigan, which is a college town of 7,000 people, to have two business accelerators, co-working spaces and all of these other things that people often associate with urban areas. But they're there. And that's because people have learned that if they want to be able to have these resources, they need to develop them for themselves and not expect somebody from the outside to do it for them.

RF: How about a small town that doesn't have something like Michigan Tech, are there other ways they can do similar things to solve some of the challenges of rural communities.

JH: It's a lot harder when you don't have larger institutions like a college maybe footing some of the bill. But there are definitely ways that you can do that. Many rural areas are in what we like to call "amenity rich" places, where people like to enjoy the outdoors, do things like mountain biking, skiing, snowshoeing.

RF: You raise a point in your piece that we only have one model of success — that we look at a big city that brought in this huge technology company or a group of startups that's growing and rapidly increasing local revenue. You say maybe we need to have some other definitions of success.

JH: Yes. Population growth, high-tech businesses are obviously a huge thing right now as we saw with the second Amazon headquarters, what's going on with Foxconn — like that is the bar that these communities are supposed to be hitting.

But when you live in a town of like 2,000 people, there's not necessarily the opportunity to kind of bring in these high-tech businesses. Rather, we need to be thinking about what resources do towns need in order to live the lifestyles that they want to live. And I think this goes back to issues around sustainability. What I want to be doing is understanding what people in local regions perceive to be success.

RF: How do we harness that to make it economically viable because the other thing I hear from people is like, 'I love it, but I don't know if I could stay here because I don't have a job.'

JH: Wages are an issue around the United States and access to education is also an issue. One of the the big issues that I'm hearing from business owners and economic developers, as well as everyday citizens, is that there's kind of a mismatch between expectation of labor and wages. And a lot of it comes down to a lack of affordable access to education.

Rural America has a poverty problem, urban areas also have a poverty problem, but I think in particular rural areas have fewer resources to kind of address poverty issues that aren't social. Rural areas are known for phenomenal, tight knit communities that can offer social support. But I think a lot of it comes down to the access to education.

How Is Rural America Saving Itself? 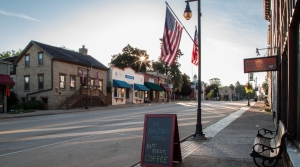 Recent news analysis has asked - and tried to answer the question - of whether we can we save rural America. But our guest says that's the wrong question. He joins us to explore how rural America is saving itself and why rethinking what economic success looks like is key for the future...