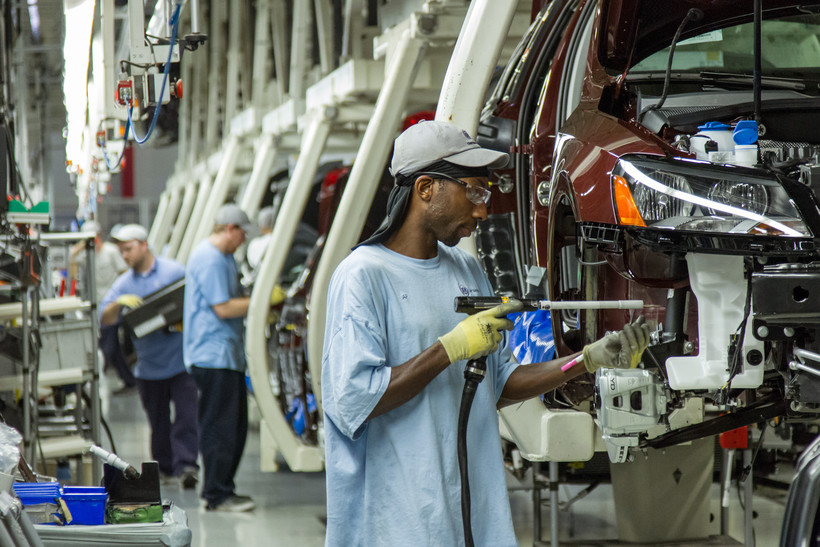 Automobiles Made US Most Powerful Economy, Now They Hinder It, Researcher Says
By Mary Kate McCoy
Share:

Automobiles were a backbone of the American economy for many years, but instead of a measure of strength, vehicles today represent an economic and political divide in the United States, according to a researcher from the University of Toronto Rotman School of Management.

"We really became the world's most powerful economy on the backs of the car," said Richard Florida. "But unfortunately, of course, now we've hit a turning point where instead of being a driver of economic growth the car is in a way a hinderer of economic growth."

In the early 20th century, automobile manufacturing was a big part of the U.S. economy and powered the growth of industrial cities, particularly in the Midwest, he said.

Ford paid his workers $5 a day, enabling them to buy the very cars that they made each day and suburban homes, Florida said.

"It wasn't just the Ford assembly line, that the scholars use the term," Florida said. "(It) really referred to our suburban society, a forward society structured around a suburban home where people would commute longer and longer distances to work."

Manufacturing dominance carried through the mid-20th century, he said. In the 1950s, nearly a third of the U.S. workforce was in manufacturing, today, it sits at about 8 percent.

The knowledge and service industries have taken over the economy, Florida said, and many of the manufactured goods we buy are no longer made in the U.S.

"The car and the industrial economy no longer powers growth, and it has come, you know, in a way to clog our cities and to spread us out so much that it in some ways runs counter to the things we need to do to build a more thriving robust prosperous knowledge economy," he said.

Automobiles have showed their power to structure the way we live, Florida said, and we’ve underestimated the divides it’s created in the process.

"There is an extraordinary statistical association between dense urban places and levels of innovation and levels of startup," he said.

The people who live in wealthier metropolitan areas — where wages are often higher — are more likely to use public transportation, walk or bike to work, Florida said. Yet, those areas are also typically more expensive than suburban areas to live.

"A key dimension of this great polarization in America is who is forced to depend on a car and who has the luxury or the ability to walk, bike or use transit to get to work," he said.

Having to rely on a car can also be financially burdensome for American households, Florida said.

"Having to own a car is the difference between being able to save money and live within their means and living on the financial edge," he said. "There are now good studies of this, showing that saving households are the ones that are able to cut down on these car expenses."

Florida doesn’t believe that the focus should be on whether there’s a right or wrong answer to owning a vehicle, rather that people have more options where they live.