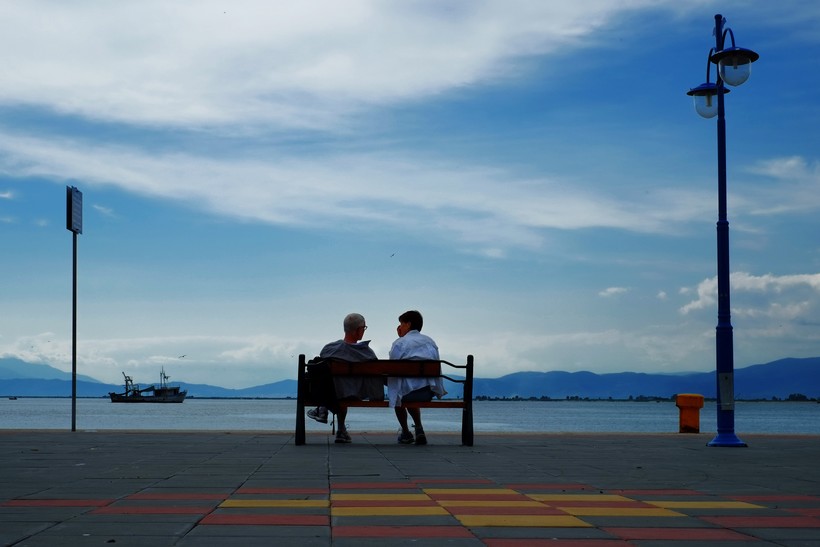 A fishing boat, left, exits the harbour as a vacationing couple sit at on bench facing the sea in Keramoti, near the coastal city of Kavalla, northern Greece, Monday, June 22, 2015. Petros Karadjias/AP Photo

Take Time With Planning, Don't Set Too High Of A Bar
By Gretchen Brown
Share:

While planning for your upcoming vacation, you’ve found just the place: a hotel with a stunning view of a Costa Rican volcano.

But when you arrive months later, you realize the photo was a fake. You can’t even see the volcano from where you are. The hotel was not what you expected.

It’s a situation that has happened to many, including Jamie Kurtz, an associate professor of psychology at James Madison University in Virginia, and the author of a new book, "The Happy Traveler: Unpacking the Secrets of Better Vacations."

"If you only look at the Pinterest boards and the glossy images, you can get a little disappointed," Kurtz said.

Setting a high bar for your vacations isn’t a bad thing. Vacations are often expensive and rare, and a good thing to look forward to.

But Kurtz said many fall into a trap while on vacation, asking themselves: "Is there a better view I could be enjoying right now?"

"And if we get ourselves trapped in that mindset, it can absolutely spoil our good time," Kurtz said.

She said the personality type travelers should emanate is the "satisficer," an individual who pursues what they like, but doesn’t have an inner voice telling them it’s not good enough.

That’s easier said than done. Kurtz offers a few tips to enjoy your vacation to the fullest:

The Happy Traveler: Unpacking the Secrets of Better Vacations

The Happy Traveler: Unpacking the Secrets of Better Vacations