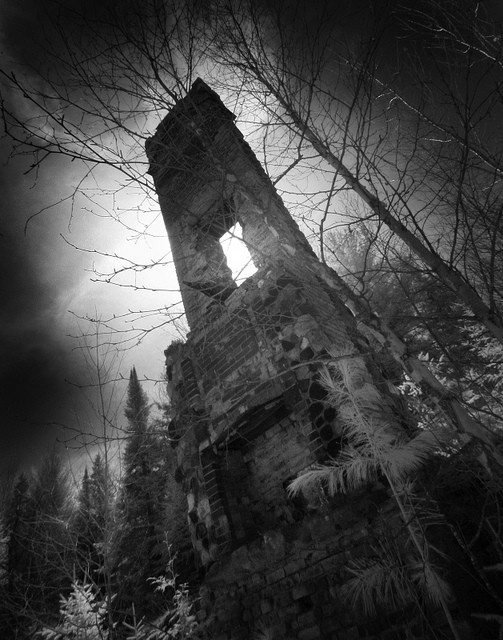 Wisconsin is home to a number of places reputed to be haunted, but according to one paranormal researcher, there’s one place that stands out amongst the rest.

Chad Lewis makes a living investigating the unexplained in Wisconsin and beyond, and he points to the site of the former Summerwind Mansion in Land O’ Lakes as the most haunted place in the state.

“We have reports going back a hundred years of strange things happening,” Lewis said.

Summerwind Mansion was built in the early 1900s.  It changed owners numerous times throughout the years, and eventually burnt down in 1988.

Lewis noted that it didn’t take long for the hauntings to begin.

“People that lived there were so afraid of these ghosts and sprits, they actually shot at them with their guns,” Lewis said.  “Back when the house was completely standing, you could go there and see the bullet holes in the doors and the walls from where the previous owners, out of desperation or panic, shot at these spirits.”

All that currently remains of the mansion is the chimney, which despite being 40 feet tall, isn’t simple to find.

“This is not a place you’re going to stumble onto, it’s very hard to locate,” Lewis said.  “So, people that go there, go there for the purpose of seeing it.”

Lewis said he’s heard reports from visitors who say they’ve felt a strange presence surrounding them at the site.  There have also been reports of unusual orbs of light that show up in photos, as well as audio recorders picking up unusual sounds.

For those who are skeptical, Lewis said that's OK. He said that just being at the site itself can be scary enough.

“Even if you don’t believe in (paranormal activity), it’s out in the middle of nowhere.  When the wind is howling, and you’re out there at the wee hours of the night with nobody around, you can’t help but to be overcome by some of the creepiness of it," he said.