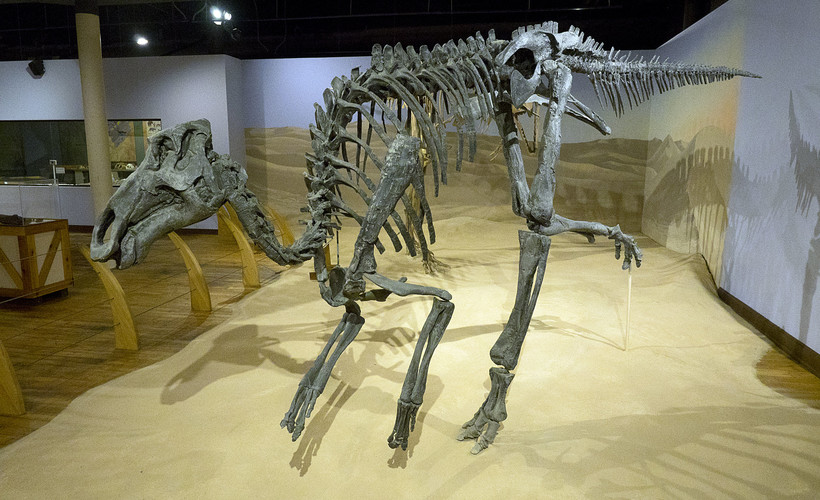 Research Shows All Dinosaurs Could Regulate Their Own Body Temperatures

All species of dinosaurs were likely active and had the ability to raise their own temperatures above that of their environments. In a phrase, they were warm-blooded.

A study out of Yale University analyzing dinosaur egg fossils that was published last month in the journal Science Advances measured carbon dioxide from crushed eggshells and hypothesized that dinosaurs did in fact have the ability to regulate their temperatures.

This follows previous studies that found warm-bloodedness in two of the three major dinosaur groups. Now, eggshells from dinosaurs representing the three dinosaur clades of ornithischian, sauropod and theropod prove these dominant creatures all had this ability, and it all likely stemmed from the same ancestor.

Scientists mostly agree therapods, which were feathered dinosaurs that gave rise to birds, were warm-blooded. But the science was less certain when it came to other dinosaurs who some thought resembled cold-blooded reptiles and others argued only generated heat because of their body size.

A link between the birds and reptiles that existed before them and have flourished well after their demise, dinosaurs are still a mystery that scientists such as Robin Dawson, a postdoctoral research associate at the University of Massachusetts-Amherst, are chipping away at.

As a geochemist, Dawson's research looked at how atoms are ordered within minerals that make up these fossils. More specifically, she looked at the fossilized eggshells, which are made out of calcite like chicken eggs today. 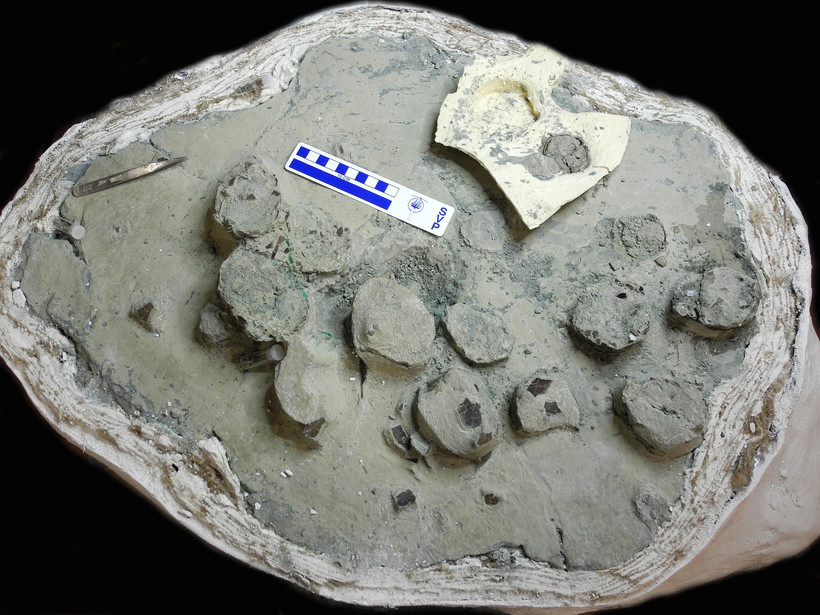 Every element is made up of atoms, and inside those atoms' center, or nucleus, are protons and neutrons.

On the periodic table of the elements, each element is identified by its atomic number — the number of protons inside the atom. Carbon, for example, has six. But even if the element stays the same, it can still have a different mass. These isotopes are determined by how many neutrons are inside the atom's nucleus.

The more neutrons it has, the heavier the element is.

The crux of it all is that it's much harder to break a chemical bond that involves heavy isotopes. Doing so requires more energy, and that equates to higher temperatures.

The method Dawson and her team used is called clumped isotope telemetry and it looks at two isotopes: oxygen and carbon. They were looking for heavy isotopes of carbon and oxygen and how many of those bonds existed in a substance.

Dawson said the researchers take the dinosaur eggshells and grind them up into a powder. Then, they weigh out a certain amount and put it in a vessel with acid. The reaction produces carbon dioxide, and that's what's measured.

The gas is then tested inside a mass spectrometer that detects all of the "flavors" of carbon dioxide. A higher mass means these heavy isotopes existed in the substance.

Dawson said this evidence suggests that all major dinosaurs had this ability to keep their bodies warm. A common ancestor would be likely, as well, because that's a more realistic scenario than different groups of dinosaurs separately evolving to have this ability, Dawson said.

"It's fascinating to learn when these overarching strategies to make a living came on the scene," she said. 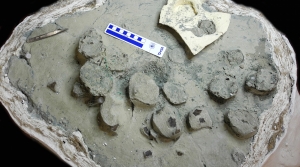 A recent study published by Yale University examined dinosaur egg fossils to determine whether these creatures were warm- or cold-blooded. We talk with the author of the latest research to find out how this paints a picture of the environment millions of years ago.