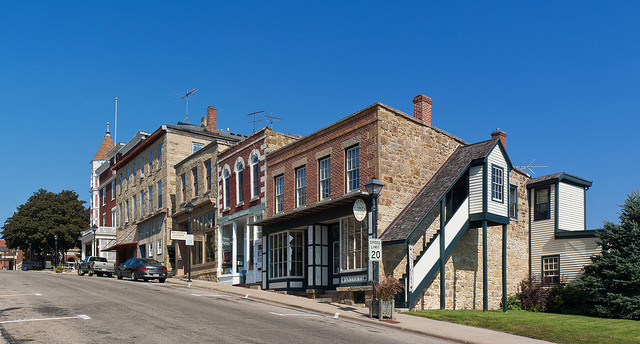 Study: Connection Between The Arts And Economy Stronger In Rural Areas Than Urban Areas
By Mary Kate McCoy
Share:

When considering creative, innovative places around the country, the typical response likely doesn't include rural communities. But new research from the U.S. Department of Agriculture suggests that rural areas are proving to be friendly places for new ideas.

"In rural areas, if you have a thriving arts and cultural economy, the odds are even better than in urban America that you will have a highly innovative business economy," said Richard Florida, professor of business and creativity at the University of Toronto's Rotman School of Management and editor at large of City Lab.

That makes perfect sense to Joy Gieseke, executive director of the Mineral Point Chamber of Commerce, a small town about an hour southwest of Madison.

The strong artistic presence — there are roughly two dozen studios downtown — in Mineral Point is what drives the tourism economy, and the other businesses in town are stronger for it, she said.

"It is directly beneficial to the artists themselves because they are able to do what they love, and indirectly other businesses are supported by the artists," she said. "People are happy doing what they're doing here."

While it is clear that innovation and creativity typically sticks to concentrated areas in a few large cities — think Silicon Valley — it's an oversight to think rural communities don't contribute, Florida said. And the research shows the innovation that comes from rural communities has a stronger connection to the arts than it does in urban communities.

Even in rural areas, there are certain factors that increase the likelihood of a town being a center of creativity and innovation.

"There are several factors which they find up the odds," he said. "One is if you have a great university in your area or close by, second is you have a close connection to a big metro."

It's the art and cultural connection — the art galleries, working artists, music halls — within the community that is more important than anything, Florida said. The addition of even one arts organization can have a huge impact on the businesses and people in a community. 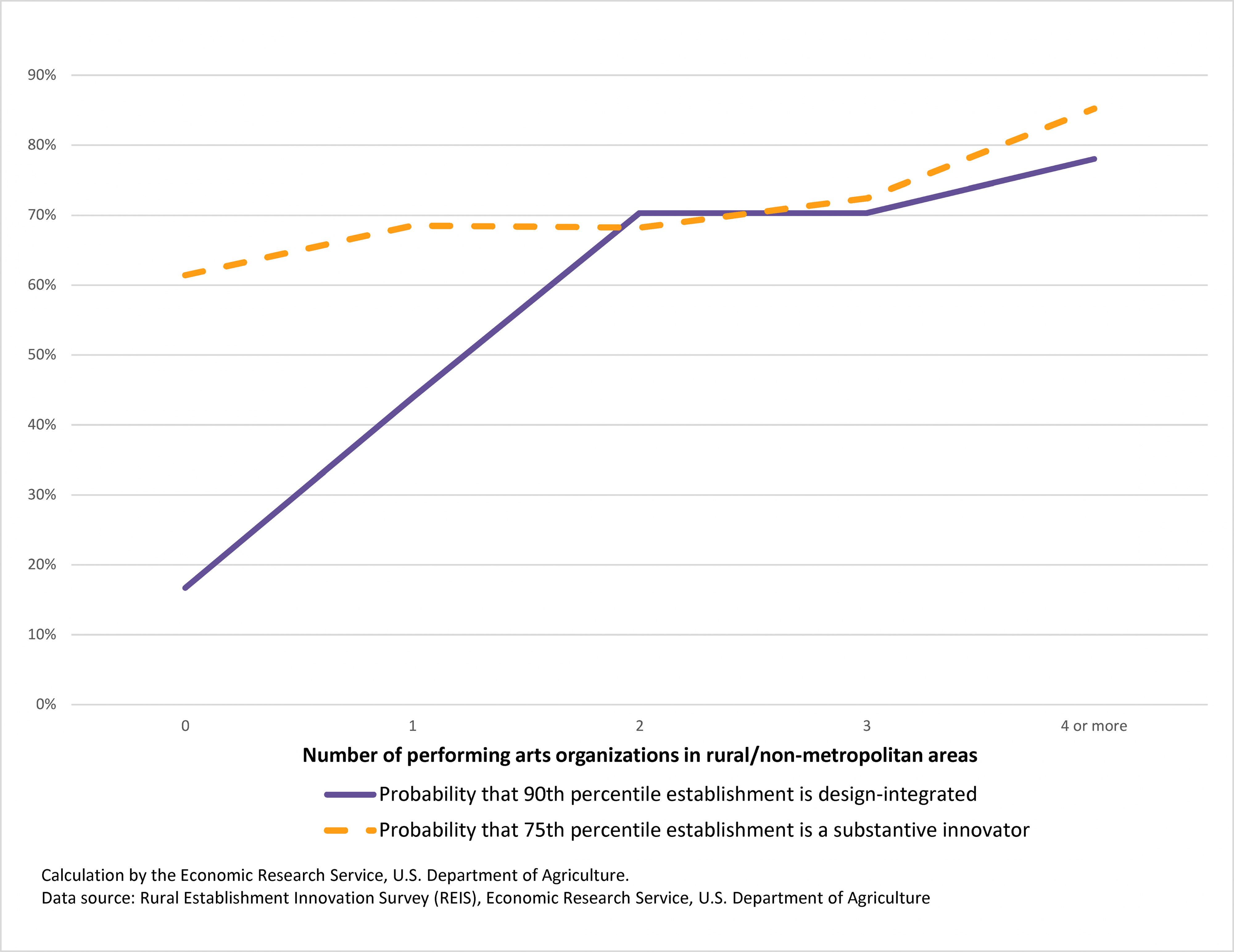 Graph from PLOS One

"It alters the way those communities think, it puts a premium on design-based thinking or on innovation-based thinking," he said. "It's not simply the indirect effect of attracting talented and ambitious entrepreneurs, it’s much more ... the way of thinking and the way of doing business in those rural area changes."

That outside the box thinking continues to attract and open the door to a variety of "strange, out of the ordinary, diverse people" that encourage innovation, Florida said.

Gieseke credits Mineral Point's "everyone is welcome here" attitude to attracting new people to the town.

"It's hard to put into words, but there's something here that makes people feel at home," she said.

But it's a town-wide effort to make it happen, Gieseke said. Something that Florida agrees is key to making it all come together.

"It really means doing very small things that benefit your community instead of the big silver bullet approach," he said.

That means making sure the town's natural amenities — like hiking and biking trails — are in good shape, as well as using some public money to support local art organizations, Florida said.