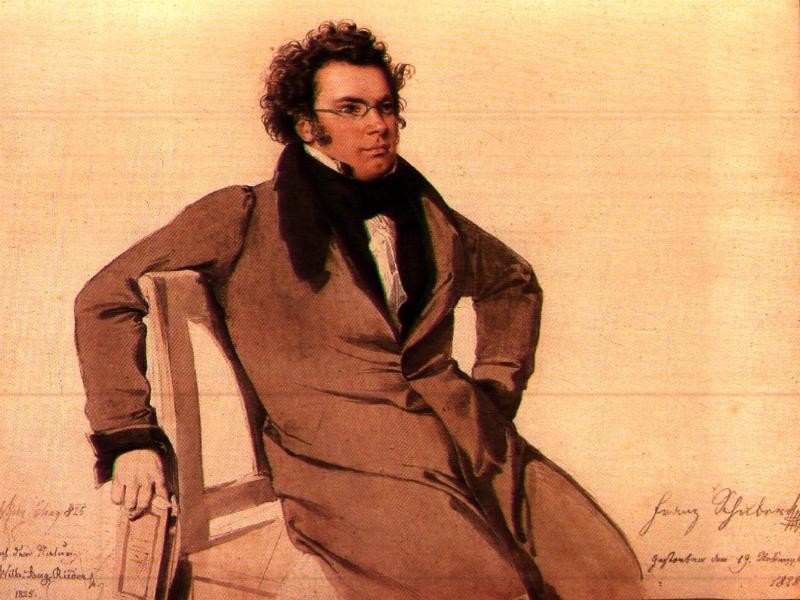 It began as a congenial summer evening, but it didn't end that way. Franz Schubert and some fellow musicians had walked over to a suburb of Vienna to taste a new wine that Schubert liked. They moved on to a tavern and afterwards to a coffeehouse where they whiled away the hours with hot punch and a lively discussion about music.

At about one o'clock in the morning, two well-known musicians from the Vienna Opera orchestra came into the coffee house and, seeing Schubert, hurried over to him. The composer broke off his musical discussion as the musicians shook hands with him and paid him all kinds of compliments. It soon became clear that they wanted Schubert to write a composition for them so that they could have prominent solos in an upcoming concert. They were confident that Schubert would cooperate.

After they had asked him several times, Schubert said suddenly, "No. For you I'll write nothing."

That caught them off guard. "Nothing for us?" one of them asked.

"Artists!" Schubert tossed back his glass of punch and stood up. "Musical hacks is what you are! Period. One of you bites the brass stem of a wooden stick, the other blows his cheeks out on the horn. You call that art? It's a craft, a skill." He went on to toot his own horn, concluding, "I am not just a composer of Landler, as the stupid newspapers say and stupid people repeat. I am Schubert, Franz Schubert!"

The next morning one of Schubert's companions found him in bed asleep, still wearing his glasses. Schubert was embarrassed about the encounter of the previous night, but not entirely apologetic. "The rogues," he said, "I'll write them the solos they want and they'll keep right on pestering me. I know how they operate.