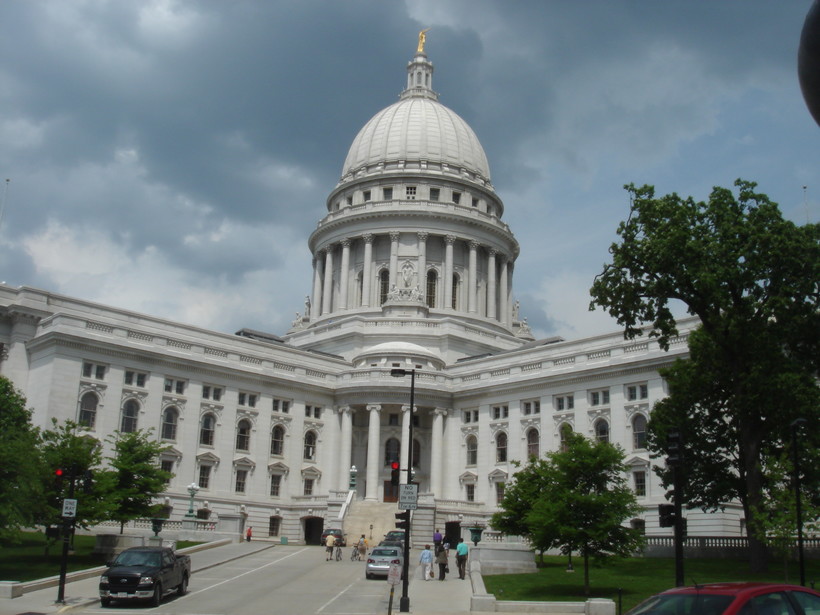 Journal Sentinel Reporter Says Paper Is Working To Find Out Who Called For Provisions
By Galen Druke
Share:

Republican lawmakers have backtracked on their proposal to dramatically reduce public access to government records, but questions remain as to why they made the changes in the first place.

Such wrap-up motions can often be controversial, with critics arguing that adding unexpected provisions creates the potential for decreased scrutiny and debate.

"This year’s big surprise was essentially an evisceration of the open records law that would have allowed state and local and school officials to withhold all kinds of records that show how they make the decisions they make, and would essentially give lawmakers a blanket exemption from having to disclose any information at all," said Patrick Marley, state Capitol reporter for the Milwaukee Journal Sentinel.

After heavy coverage in the media and speedy objections by politicians and advocacy groups across the political spectrum, a spokesperson for Gov. Scott Walker said Friday that the governor would work with legislative leaders to make changes to the proposal before sending the budget to the full Legislature.

By Saturday, Walker and GOP leaders had completely abandoned all proposed changes to open records law. Their statement suggested that instead, the Legislature would set up a committee to study the state’s open record law and allow for public input.

"They said that their intention was never to make government less transparent. It’s unclear how they can maintain that, because the plain language of the statute was to greatly weaken the open records law," said Marley.

From the outset, both the origin and rationale of the changes have been unclear. Many Republicans on the Joint Finance Committee refused to make comments to reporters Thursday night, and those who did were vague.

"A few lawmakers made some comments about them thinking it would clarify the law; make it easier for them to make sure that they were following the law," said Marley. "They certainly haven’t told us who wrote it."

In an effort to find answers to those questions, Marley said the Journal Sentinel has filed multiple open records request related to the changes.

Even before lawmakers proposed the changes, Marley said, the Walker administration has been reluctant to fulfill open records requests for the type of documents the proposals would have made secret.

"One of the proposals was to withhold what they call deliberative material," said Marley. "So, these are records that have to do with the internal discussions about how decisions are made … The governor is now saying that he doesn’t support that, and that they’re not going to change the law, but the fact is that he has been withholding records in recent months for that very reason, stating that certain internal documents that have to do with the frank exchange of ideas and the candid discussions of his staff do not belong to the public and do not have to be released."

According to Marley, the Journal Sentinel has been declined records that the Walker administration considers "deliberative material." The governor is also facing two lawsuits from The Progressive Magazine and the Center for Media and Democracy for the same reason.

The records for which they are suing pertain to Walker’s attempt to remove the “Wisconsin Idea” from the University of Wisconsin mission statement in his original budget proposal. That move was also quickly reversed after public outcry.