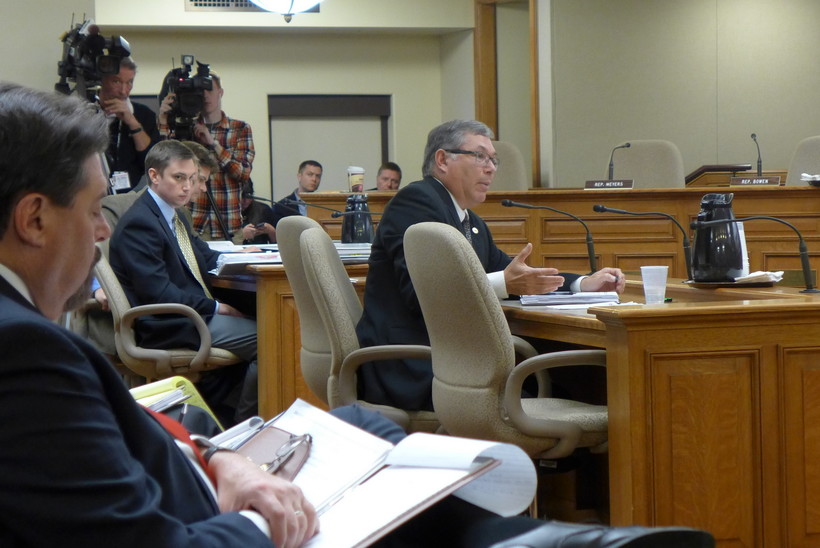 Wisconsin’s Department of Transportation Secretary told state lawmakers at a Tuesday hearing that Gov. Scott Walker’s budget would worsen the state’s road funding challenges over the long term, even as he defended Walker’s budget as responsible and balanced.

Lawmakers from both parties peppered state DOT Secretary Mark Gottlieb with questions about the budget, seizing on statements Gottlieb had made in previous years about the need to spend more on transportation to avoid dire consequences. The DOT’s budget for the next two years includes no new taxes or fees and relies on a mixture of borrowing and project delays to solve a roughly $1 billion shortfall.

"Two years from now, will it be more severe than it is today?" Nygren asked.

"If the funding levels that are proposed in the department’s budget were to continue," Gottlieb responded, "Yes, system condition will deteriorate."

Gottlieb, whose background is in civil engineering, has a long history of pushing for more road funding. As a state lawmaker in 2006, he chaired a special committee that studied new ways to pay for transportation.  As transportation secretary in 2013, he helped author a report that warned of a "daunting challenge" facing Wisconsin’s highway system without new tax or fee increases to help pay for it.

But Gottlieb’s approach has been different this budget cycle as Walker has drawn a line in the sand, stating repeatedly that he won’t increase taxes to pay for roads and promising to veto any budget that does.

"The Governor has made a determination that he does not think this is the right time to raise taxes or fees on Wisconsin families," Gottlieb said.

Gottlieb said Walker also wanted to keep bonding low in this budget with the possibility of borrowing $500 million for transportation. By comparison, Walker proposed borrowing $1.3 billion in his last budget. The state legislature eventually approved $850 million in borrowing.

Those decisions set the table for the rest of this budget, Gottlieb told lawmakers, though they haven’t set well with many Assembly Republicans. Nygren in particular has argued new revenue should be considered.

"As a conservative who was elected on maintaining the taxpayer’s resources as best as I possibly can, this is not something that I’m excited about," Nygren told Gottlieb. "But we should consider all our options."

While Gottlieb defended Walker’s budget, he did not sugarcoat its long-term ramifications.

Gottlieb said if funding levels in Walker’s budget were to continue, it would take 70 years to complete work on modernizing southeast Wisconsin’s highway system, and it would be 30 years before the state even begins studying new major projects.

Gottlieb also said the conditions of Wisconsin’s current highways would worsen if funding trends continue as is. Under Walker’s budget, Gottlieb said by 2018, twenty-one percent of Wisconsin’s highway system is projected to be in poor condition. By 2027, he said that number would grow to 42 percent.

And while Gottlieb described borrowing in the governor's budget as reasonable, it would lead to the state spending roughly 23 cents of every dollar to pay off old debt, according to the legislature’s nonpartisan budget office.

While many Assembly lawmakers are open to more revenue, and more spending for roads, other GOP lawmakers have sided with Walker.

New Berlin Assembly Republican Joe Sanfelippo complained to Gottlieb that the DOT was spending too much on everything from concrete to stoplights, saying that was alienating the public.

"You’re building these projects and sparing no expense," Sanfelippo said. "I think that the department has to take a much more serious look at ways that they can save money."

Gottlieb, who remained unflustered during most of his three-and-a-half hours of testimony, quipped back.

"I don’t know if your constituents would rather have their bridges designed by bridge engineers or legislators," Gottlieb said. "I guess that’s a question you could ask them."

While Tuesday’s hearing was not without significance, the real budget process is yet to come.

Lawmakers are awaiting a major audit of the state Department of Transportation. Assembly Republicans have promised to unveil an alternative transportation budget of their own. Walker will formally unveil his transportation budget in February. And lawmakers on the Joint Finance Committee will spend the better part of next spring considering how they want to tackle the issue.