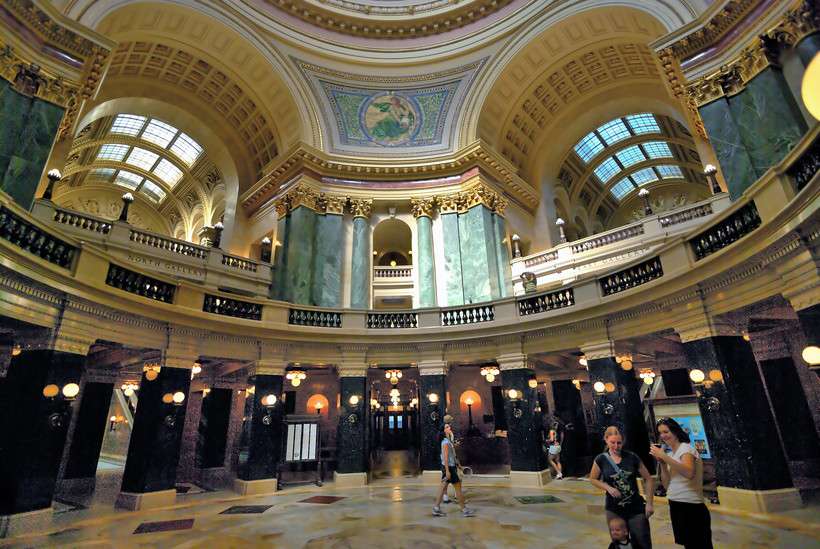 The announcement by the governor's lawyers at the Wisconsin Department of Justice late Wednesday capped a week in which Walker was rebuked by three judges -- two at the circuit court level and one at the state Court of Appeals -- for refusing to call elections in districts that have been vacant since late December.

During most of the day Wednesday, it appeared Wisconsin Republicans were prepared to fight the elections on two fronts, with lawyers at the DOJ laying the groundwork for multiple appeals while GOP legislators moved ahead with a bill that would erase the lower court's order entirely.

The governor faces a deadline of Thursday at noon to call special elections in Wisconsin's vacant 1st Senate and 42nd Assembly districts. The seats were left open when former State Sen. Frank Lasee and former State Rep. Keith Ripp resigned to take jobs in the Walker administration on Dec. 29, 2017.

Walker has argued that because the Legislature has already wrapped up its regular session business for 2018, calling the elections would be a waste of taxpayer money.

That argument was rejected by the District 2 Court of Appeals Wednesday.

"Representative government and the election of our representatives are never 'unnecessary,' never a 'waste of taxpayer resources,' and the calling of special elections are as the governor acknowledges, his 'obligation' to follow," wrote District 2 Court of Appeals Judge Paul F. Reilly.

Moments after the appeal was rejected, the Wisconsin DOJ announced that it had set the stage for a possible emergency appeal to the Wisconsin Supreme Court.

But the DOJ announced Wednesday evening in a subsequent letter to the Clerk of the Wisconsin Supreme Court that it was abandoning those plans.

Conservatives hold a 5-2 majority on the state Supreme Court.

Walker would have been asking the justices to rule on a case that could block two legislative elections just days before Wisconsin voters head to the polls to elect the state's next Supreme Court justice.

The basis for Walker's appeal was not that the lower courts got it wrong, but that the Wisconsin Legislature is moving ahead with a bill that would change when special elections get called in Wisconsin.

Dane County Judge Josann Reynolds ruled that Walker had a "plain and positive" duty to call elections for vacancies that occur before the second Tuesday of May in an even-numbered year. Her ruling was upheld Tuesday by Dane County Judge Richard Niess.

But the bill being pushed by Sen. Majority Leader Scott Fitzgerald, R-Juneau, would effectively prohibit the governor from calling special elections for both seats.

It would also ban future governors from calling special elections for vacancies that occur after November in odd-numbered years, raising the prospect that year-long vacancies could become more common in the Wisconsin Legislature.

Testifying before the Senate's Committee on Elections and Utilities Wednesday, Fitzgerald said Judges Reynolds and Niess did not consider the logistics of calling special elections in the vacant districts at the same time that candidates would be preparing to run for the November general election.

"Holding two special elections while the regularly scheduled elections are proceeding on schedule and as planned is, I think, a waste of taxpayer money," Fitzgerald said.

While it could be tough to put an exact price on the cost of special elections, Wisconsin's Elections Commission reported that the 2017 spring election cost municipal clerks almost $235,000 in the 1st Senate district and almost $72,000 in the 42nd Assembly district.

Fitzgerald also raised the prospect that the special elections could disenfranchise overseas military voters because of the tight timeline between when the elections would be ordered and when they'd be held.

"If a special election would be called, and proceeds on the timeline subscribed, there is absolutely going to be a disenfranchisement of military voters," Fitzgerald said.

Democrats questioned why Republicans were only addressing this issue now if the disenfranchisement of military voters was ever a real possibility.

Sen. Mark Miller, D-Monona, said if Walker had ordered the elections promptly, they could have been held on the same day as the April 3 spring election, which would have avoided any extra costs.

"All the governor had to do was to obey the law," Miller said.

Also Wednesday, residents of the vacant districts testified before Senators that they'd been deprived of a voice in state government.

"It's ludicrous, but it's not funny," said Kathleen Finnerty, who lives in the 1st Senate District and chairs the Door County Democratic Party. "It's demoralizing and unethical on your part."

Ripon resident Nate Zimdars testified that he had been disenfranchised in the 42nd Assembly district.

"Our voices have effectively been silenced," Zimdar told Senators. "Our input has not been able to translate into votes on critical issues not only to the district but the state as a whole."

The committee has yet to vote on the plan. The full state Senate is tentatively scheduled to debate the bill on April 4.

Fitzgerald's office did not immediately respond to a question about whether Walker's decision to halt his appeal would alter the Senate's plans.

While Wednesday's decision by the governor ends his appeals in this case for now, the special elections in these districts could still be canceled at a future date if the Legislature passes this bill and the governor signs it.

That's because the bill would take effect retroactively, regardless of any court orders.

Editor's note: This story was updated at 6:00 p.m., Wednesday, March 28, 2018 to include the DOJ's decision not to seek relief from the state Supreme Court.