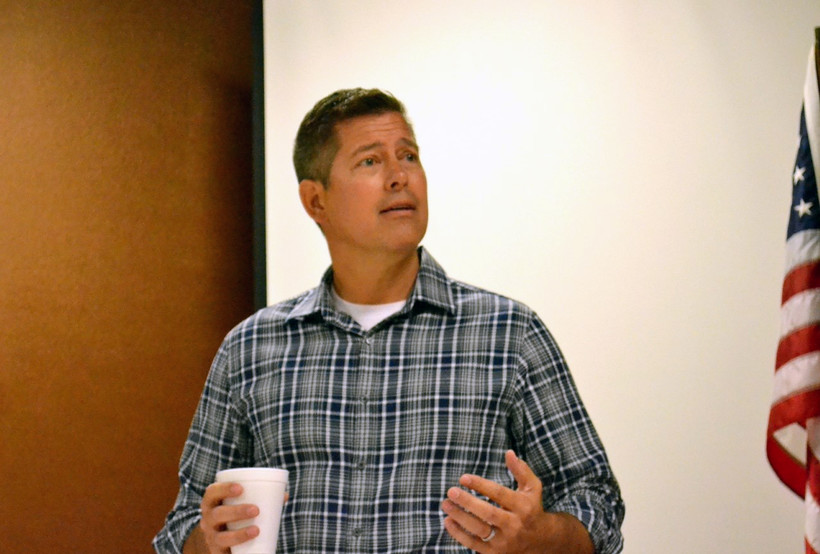 Duffy: GOP Has No More Than 4 Weeks To Repeal Affordable Care Act
By Glen Moberg
Share:

U.S. Rep. Sean Duffy, R-Wausau, said he believes Republicans have only a three- to four-week window to repeal the Affordable Care Act.

Duffy made the comment at a sometimes boisterous town hall Tuesday in Antigo, where he was asked repeatedly about the health care law Republicans failed to repeal and replace in March.

Moira Scupien, of Antigo, asked the Republican congressman to fix Obamacare instead of repeal it, because she said, "it has covered over 20 million people." Duffy replied there are 350 million people in the country, many of whom had seen their insurance premiums go up.

Dora Gorski, of Gleason, asked Duffy to support a single-payer system, which she said would reduce medical costs. Duffy rejected the idea.

Speaking to reporters after the event, Duffy, who represents the 7th District, said he didn't believe Republicans and Democrats could work together on solving health care in the United States.

"The Affordable Care Act can't be fixed, and I think Democrats right now are in a political vise," Duffy said. "They don't want to be part of a political conversation of fixing health care. It is Obamacare or nothing. The left wing of the Democrat party doesn't have the ability to work with Republicans."

When reporters asked him about the numbers, Duffy said the Trump needed to release his tax returns.

"I think one of the problems the president has is his tax record," Duffy said. "I think those should have been disclosed. I look at the logs to the White House... I don't think he's required to disclose those logs, (but) I think transparency in government is a good thing and those should be disclosed."