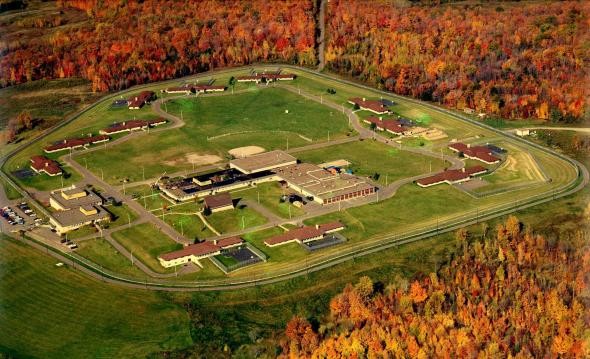 Republican Calls For A Review Of The State's Juvenile Justice System

A Republican state lawmaker says the state needs to take a closer look at its juvenile justice system in the wake of allegations of abuse, sexual assault and other misconduct at the Lincoln Hills facility in Irma.

Rep. Rob Hutton, R-Brookfield, said it's too soon to consider closing Lincoln Hills, as Milwaukee County Executive Chris Abele has suggested might happen if the county sees through its plan to pull area youth from the facility and bring them closer to home. More than half of the facility's population is from Milwaukee County.

Hutton said the reduction in numbers would not necessarily doom the Lincoln Hills facility, but it would certainly lead to what he describes as a "now what?" discussion about the facility's future: "What does it mean to the overall structure of Lincoln Hills, the staffing, etc, and the fiscal impact of that?"

Hutton, who chairs the Assembly Committee on Corrections, is calling for a study of the state juvenile system, including Lincoln Hills, which could begin as soon as this summer. He said the study would entail a big-picture look at the way things currently are.

"The timeline alone warrants for us to take a step back and say, 'Are the current processes and procedures in how we are administering juvenile justice within our corrections system today what they need to be for where we are today?'" said Sutton.

He said that while the system is currently set up to function in the 1970s or 1980s, for example, changing patterns in crime might merit new approaches to juvenile justice.

"We can look at Milwaukee as a prime example where we have seen a rise in violent crimes, much of that involving our juvenile population," he said.

Ultimately, he said, the goal needs to be safety for Wisconsin residents and communities, in tandem with a "reasonable" level of justice for offenders. He said that entails removing offenders who are a risk to society while also preventing them from becoming repeat offenders, either as youth or as adults.

One issue that has been and will continue to be part of the discussion, Hutton said, is the possibility of re-opening the Ethan Allen School for Boys in Wales, just 30 miles from Milwaukee. The school was closed for budgetary reasons in 2011, but the NAACP, in a statement calling for the school to be re-opened, has argued that the Lincoln Hills location is too far from Milwaukee to keep offenders from Southeastern Wisconsin connected to their families.

Hutton said there were arguments for and against re-opening Ethan Allen, including the cost of rehabilitating the building to make it fit for use again. Plus, he said, the four-hour drive between Milwaukee and Lincoln Hills could be either good or bad for efforts to prevent recidivism. While some may welcome visits from family and benefit from remaining connected to them, he said there was also the possibility that family and their childhood environment had led them to the juvenile system in the first place.

Meanwhile, FBI investigators have officially taken over the ongoing investigation into abuses at the Lincoln Hills facility, which has already resulted in the resignation of staff there as well as the state's corrections secretary.