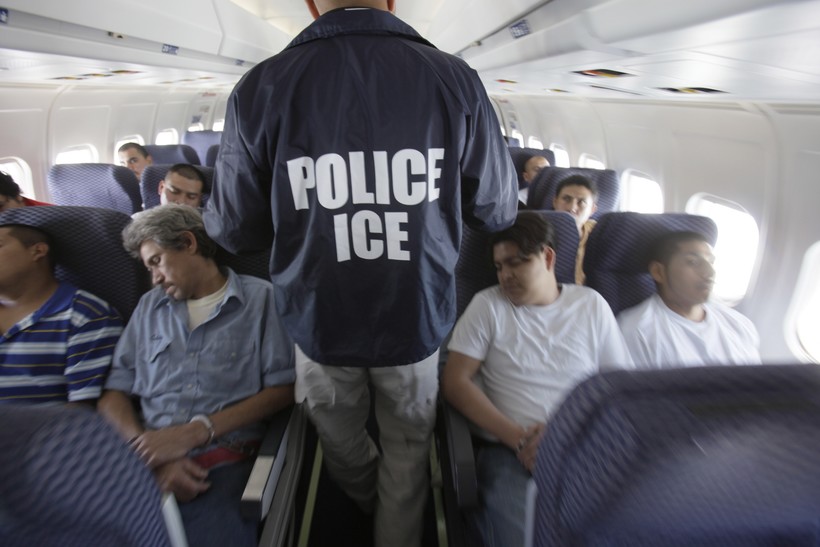 Reporter: Undocumented Immigrants With Misdemeanors Could Be Deported By Trump

President-Elect Has Vowed To Immediately Deport As Many As 3M People Living In U.S. Illegally
By Scottie Lee Meyers
Share:

A veteran immigration reporter says undocumented immigrants inside the country with misdemeanors on their records could soon be targeted for deportation when Donald Trump takes the White House.

In an interview with "60 Minutes" on Sunday, Trump said he plans to immediately deport 2 million to 3 million undocumented immigrants. He said he would emphasize deporting criminals before deciding about law-abiding families who are in the country illegally.

“What we are going to do is get the people that are criminal and have criminal records, gang members, drug dealers, where a lot of these people, probably 2 million, it could be even 3 million, we are getting them out of our country or we are going to incarcerate. But we’re getting them out of our country. They’re here illegally,” Trump said in the interview.

As a candidate, Trump consistently vowed to deport all of the estimated 11 million undocumented immigrants currently residing inside the U.S.

"He kept up that tone throughout the campaign," said USA Today immigration reporter Alan Gomez. "Throughout his rallies, throughout his speeches, he kept railing against illegal immigrants, saying they all have to go."

But as Election Day neared, Gomez said Trump began inserting a caveat, saying his first priority would be to get the "bad hombres" out and then go from there.

"That's a very sharp departure from get all of them out as he started this whole thing out and I think it gets to a little bit more of a realistic expectation of what a president could accomplish," Gomez said.

However, said Gomez, that plausible number, between 2 million and 3 million, would have to include undocumented immigrants who have any kind of criminal record, not just the worst offenders.

"Every study I have ever seen, and I have been covering immigration for a long time, puts the number of people with gang ties, with serious criminal felonies on their record, to about 1 million," Gomez said.

The think tank Migration Policy Institute estimates that 820,000 of the 11 million immigrants in the U.S. illegally have criminal records.