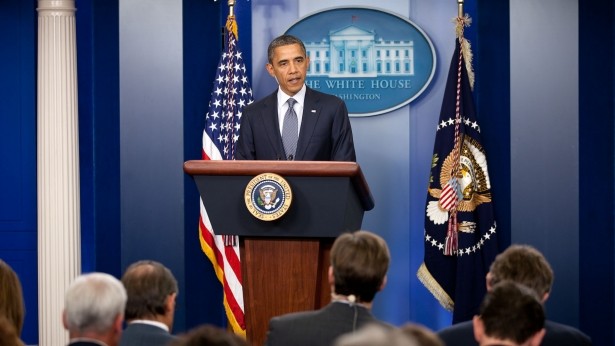 Injunction Could Be Overturned In Federal Appeals Court
By Amanda Magnus
Share:

According to a reporter for The USA Today, the decision by the Texas-based U.S. Judge Andrew Hanen Monday to block President Obama's executive action on immigration comes as no surprise to those familiar with the judge.

Hanen's injunction temporarily halts an expansion of the Deferred Action for Childhood Arrivals program and the implementation of a program known as Deferred Action for Parents of Americans and Lawful Permanent Residents. The plan, which is currently being challenged in federal court, would shelter millions of immigrants from deportation and enable them to get work permits and Social Security cards.

In his order, Hanen acknowledged the president has the authority to decide which undocumented immigrants to deport from the country. However, he said Obama went above and beyond his constitutional and legal authority in his action.

USA Today immigration reporter Alan Gomez said Hanen has a history of forcefully disagreeing with Obama and his immigration policies.

"In this order, he was very clear — calling the president 'disingenuous' at times, saying that he’s ignoring the dictate of Congress. So it wasn’t that much of a surprise that this judge ruled the way he did," Gomez said.

In his 123-page opinion, Hanen asserted the 26 states that filed suit against the president’s executive action, including Wisconsin, would have to foot the bill for immigrants allowed to stay in the country for things like medical care, unemployment benefits and health care for their children.

The government was going to start collecting applications for DAPA and the DACA expansion on Wednesday. The president can still continue to focus on deporting undocumented immigrants that are criminals or gang members.

The Obama administration said the U.S. Justice Department will appeal Hanen's decision to the 5th U.S. Circuit Court of Appeals. Gomez said that court's prior rulings indicate that it tends to see the federal government as having exclusive authority over the regulation of immigration. He said because of that record, many people expect it to overturn Hanen's injunction.

"Of course, it will continue being appealed all the way up to the Supreme Court, and it’s up to the court whether they’re going to weigh in on the case," Gomez said.