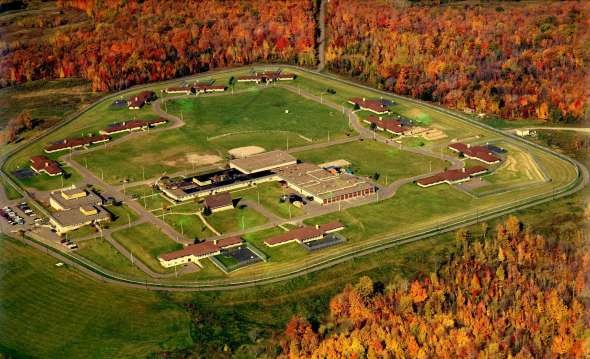 Monitor Teresa Abreu added in a report filed in federal court Monday that staffers lack skills to calm inmates down or restrain them.

In interviews with Abreu, many of the youth inmates reported that "staff interacted with them more than they used to" and "the overwhelming majority (of students) said that they were not confined much, were not restrained and were not strip searched," which the monitor noted was "a huge improvement from interviews with youth during (my) last visit."

The report wasn't uniformly positive. It found only partial compliance with many aspects of the court's order, including an order to phase out the use of pepper spray by guards.

"There are youth still being sprayed in instances where lesser means could have been used," she wrote.

The report found the facilities were non-compliant on one part of the court's order: making all cells "suicide resistant and protrusion free." Abreu declined to deem any room as "suicide proof" but suggested replacements to furniture and organization of youth rooms to address ongoing safety concerns.

The report was based on Abreu's three-day visit to Lincoln Hills and Copper Lake outside Irma from May 31 to June 2. The state agreed to submit to ongoing monitoring at the prison as part of a 2018 deal with the American Civil Liberties Union to settle allegations of guard-on-inmate abuse.

This report came in federal court on the same day Gov. Tony Evers signed an extension of the facility’s closure deadline into law, as the state seeks to convert its youth prison into smaller, regional facilities.

In a statement, a staff attorney for the ACLU of Wisconsin said the report "outlines some steps in the right direction" for the facilities, but that "we are still concerned about too much room confinement and some recent increases in pepper spray and restraint use."