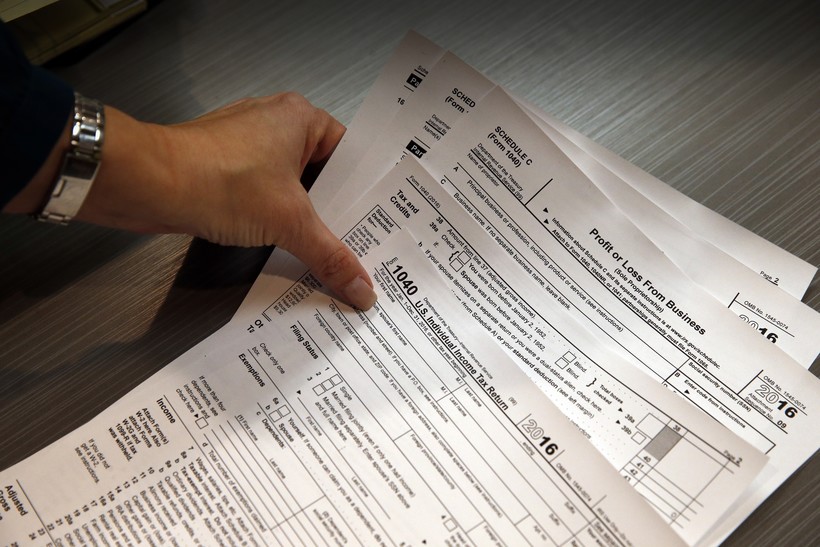 A new study finds that Wisconsin's tax burden has dropped to a nearly 50-year low.

The Wisconsin Policy Forum report released Wednesday examines state and local taxes as a share of personal income. The report states taxes accounted for 10.5 percent of income, down slightly from 10.6 percent last year.

That marks the seventh straight year of declines, with it's lowest level going back to 1970, the earliest on record for the nonpartisan group, said Jason Stein, Wisconsin Policy Forum research director.

"Overall state and local tax (collection) was $29 billion and that was 10.5 percent of overall personal income in Wisconsin, and that was the lowest percentage that we have in our records going back to 1970."

The report states the tax burden dropped primarily because personal income grew more quickly than taxes did. Income was up 3.6 percent while state and local taxes grew by 2.3 percent and federal taxes went up 0.7 percent.

"First and foremost we see that just personal incomes in Wisconsin in recent years have been rising more quickly than overall taxes, and so that means that the bottom half of the fraction (employment) is growing faster than the top half (taxes) so that drives the percentage down every year," Stein said.

The tax burden is also at a low thanks to low unemployment and state-imposed property tax limits and cuts, according to the report.

"There are certain taxes like the unemployment tax that are actually going down," Stein said. Unemployment taxes dropped by 16.2 percent.

Stein added that state property tax caps on counties, municipalities and technical colleges have helped hold down taxes on homeowners as well as revenue caps on school districts.

The report also said one possible consequence of the tax climate is that state and local officials are "increasingly considering new revenue sources," like wheel taxes, local sales taxes and room taxes.

"The Department of Revenue was glad to see the recent report that Wisconsin's state and local tax burden has fallen for the seventh consecutive year to the lowest level in almost 50 years. Wisconsin now has a competitive tax climate and our tax burden is in line with the national average," Chandler said. "This is good news for the people of Wisconsin, who are able to keep more of their hard-earned money. It also helps create more jobs as businesses see that Wisconsin has a competitive tax structure in addition to our workforce and quality of life advantages."

Editor's note: this story was last updated at 1 p.m. Wednesday, Dec. 19, 2018, to include comments from Jason Stein and the Wisconsin Department of Revenue.