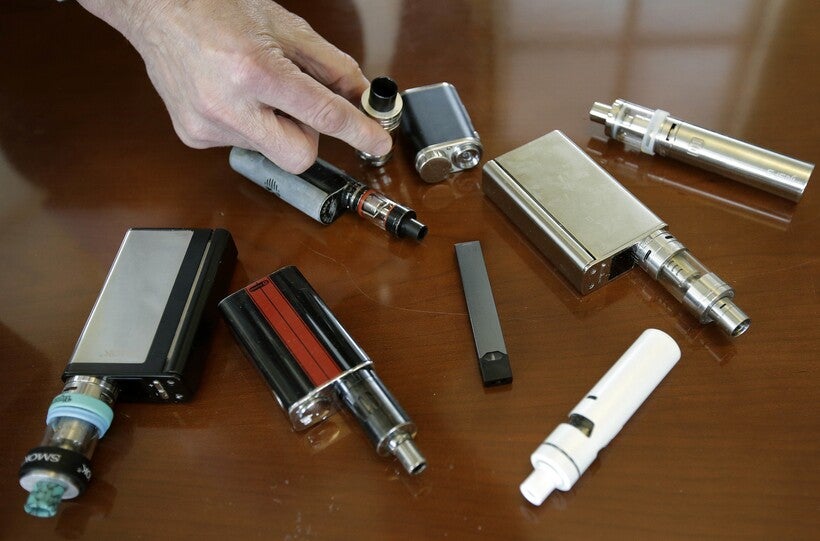 Officials are still cautioning against any e-cigarette use, particularly those containing THC, until the investigation pinpoints a cause.

"The outbreak currently is pointing to a greater concern around THC-containing products. However, we do not know whether this is the only risky substance for lung injury and we don’t feel comfortable dropping the broader recommendation yet," said Anne Schuchat, Centers for Disease Control and Prevention deputy director.

Wisconsin and Illinois health officials found most of the cartridges people used were prefilled and prepackaged, bought from friends or on the street rather than in stores. More than 80 different e-cigarette brands were used by the 86 patients studied. The brand Dank Vapes were the most common. but investigators say they still haven't determined any particular product or toxin that may be to blame for the widespread lung illness that has sickened 805 and killed 12. None of the deaths are in Wisconsin.

CDC officials don't know if the products linked to lung disease in Wisconsin and Illinois are the same as those believed to be sickening those in other states.

"We do not know exactly what is making people sick," Schuchat said. "For example, whether particular solvents or adulterants are leading to lung injury. Or whether cases stem from a single supplier or multiple ones."

Children’s Hospital of Wisconsin initially treated eight cases of lung injury in teens this July. That then sparked an investigation by the state Department of Health Services, which led to a nationwide probe.

Wisconsin health officials are currently aware of 60 cases. Most of those have been adolescents and young adults but older adults have also been affected. Federal officials say three-fourths of patients they talked to were under age 35.