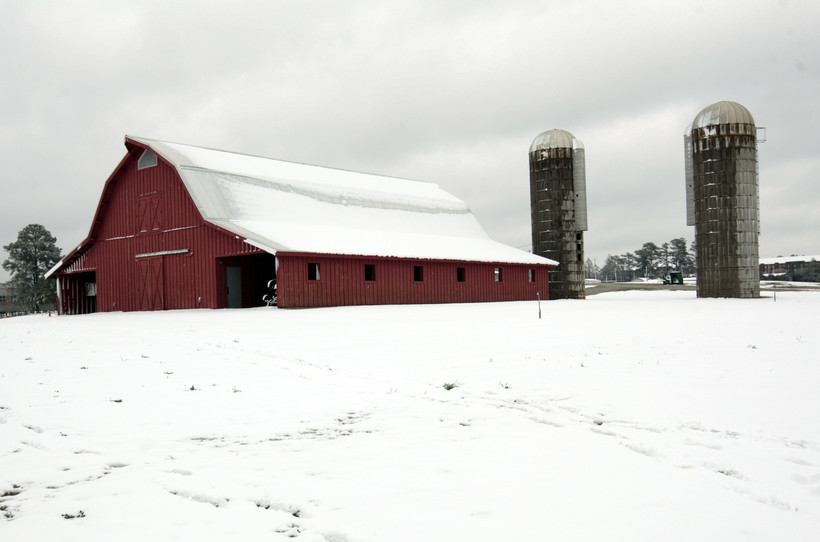 Report: Population Decline In Wisconsin's Rural Counties Is Getting Worse

Two-Thirds Of State's Rural Counties Lost Population Between 2010 And 2018
By Rob Mentzer
Share:

Two-thirds of Wisconsin's rural counties lost population between 2010 and 2018, according to a new report. It's a trend that's likely to get worse in the next decade, presenting serious economic challenges to the state's smaller communities.

The report from the research firm Forward Analytics looked at population and economic data from the roughly 2,000 counties across the nation not considered part of a metropolitan area. These include "micropolitan" counties — that is, those with a city of between 10,000 and 50,000 residents — as well as even more sparsely populated regions. In Wisconsin, that's 46 out of the state's 72 counties.

Wisconsin counties where population declined lost an average of 2.2 percent of their residents in the eight-year period. Declines were most acute in Price County, which lost 5.4 percent, and Iron County, which lost 4.1 percent. One outlier went against the trend: Menominee County, where the Menominee Indian Reservation is located, saw a population increase of just over 10 percent.

Population growth and economic growth are closely linked, and a loss of population can create a downward spiral. Fewer workers in an area can lead employers to relocate, which in turn drives more people to move away.

Rural areas across the country have seen declining populations for decades, but until relatively recently Wisconsin bucked that trend. The state's rural counties actually grew in the 1990s, and in fact outpaced Wisconsin's cities, according to the report. That hasn't been true in the last two decades. 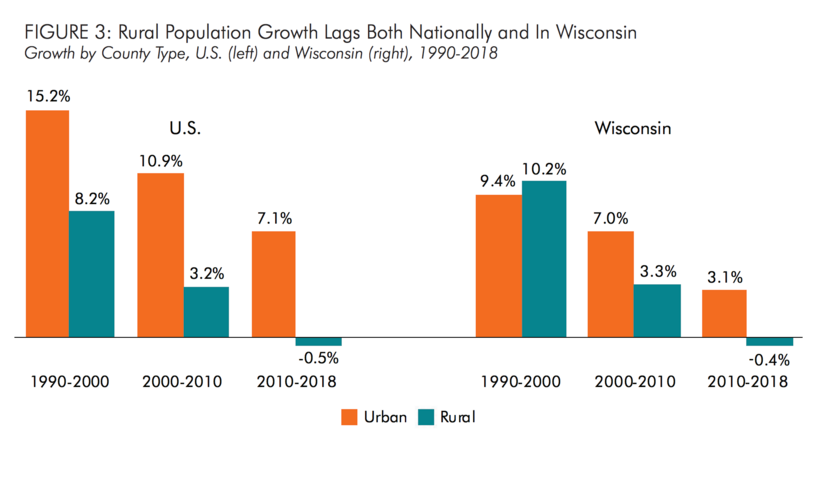 Knapp said the recent data show a change even from the '00s, when "the rural economy was kind of lagging the urban one, but it was still growing. What we're now seeing is, that's no longer the case."

If there's a silver lining in the report's data, it's that Wisconsin's rural communities have shrunk at a slower rate than the national median — a loss of 1 percent in Wisconsin, compared to a national median loss of 2 percent. Knapp said rural Wisconsin also benefits from a relatively diversified economy that includes manufacturing, tourism and agriculture. He contrasted that with areas such as mining-dependent West Virginia, where shifts in a single economic sector can wipe out rural employment.

"There are few signs that (the rural depopulation) trend will slow or reverse," the report says, "and Wisconsin's experience could worsen over the next decade."

Forward Analytics plans two follow-up reports in its series on rural challenges. One will dig into the causes of population declines, and one will look at rural counties around the nation that have successfully bucked these trends.