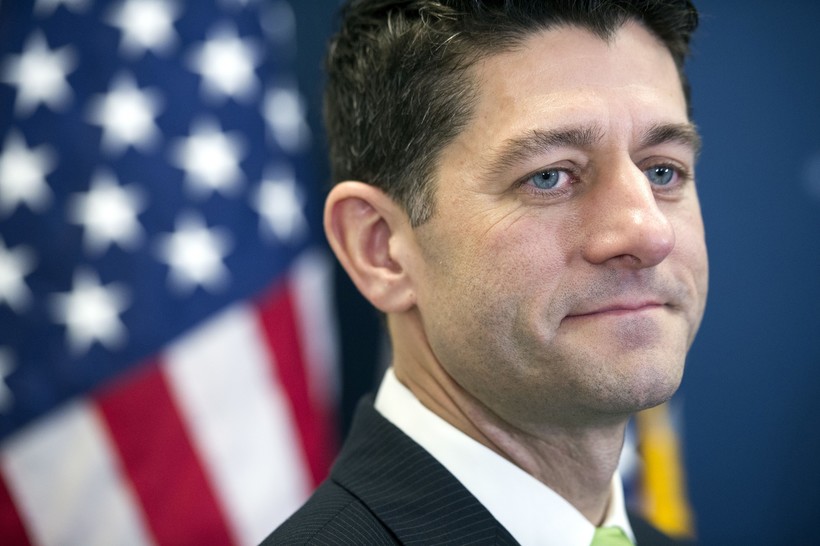 Ryan's Spokeswoman Dismisses Rumors Of His Retirement From Congress
By Shawn Johnson and Laurel White
Share:

U.S. House Speaker Paul Ryan of Janesville is considering retiring from Congress after the 2018 midterm elections, according to a report published Thursday.

Politico reported that it interviewed three dozen people who know Ryan, ranging from fellow lawmakers, congressional and administrative aides, conservative intellectuals and Republican lobbyists. None of them believed Ryan would remain in Congress past 2018.

First, quote me: “This is pure speculation. As the speaker himself said today, he’s not going anywhere any time soon.” Next, check @BrendanBuck's twitter feed for better re/ax.

Lilly Goren, professor of political science at Carroll University, said Thursday she is skeptical of the report.

"It's not exactly clear if this is something other people are thinking, that if the tax bill goes through then Paul Ryan will think he's accomplished all he needs to accomplish, or if there's more heft to it," Goren said.

Goren added she believes it's too soon for Ryan to be dropping out with a 2020 presidential bid in mind.

When asked at the end of a Thursday morning press conference if he was leaving soon, Politico reported that Ryan responded "no" over his shoulder as he walked out of the room.

A number of Wisconsin Republicans weighed in on the news, including Gov. Scott Walker.

"Just checked in with my friend @PRyan," Walker tweeted. "He’s not going anywhere."

Just checked in with my friend @PRyan. He’s not going anywhere.

"As a leader of the conservative movement, (Ryan's) work is far from over, and I’m confident his real plans are to remain in Congress as Speaker for many years to come," Vos said.

For several months, challengers from both parties have been campaigning against Ryan, whose seat is up for re-election in 2018. They include Democrat Randy Bryce, an ironworker who has run unsuccessfully for the state Legislature, and Paul Nehlen, a Republican who lost a GOP primary against Ryan in 2016.

Bryce took the the opportunity to issue a fundraising plea to his followers after the news of Ryan's potential retirement broke Thursday. He also issued a statement.

"We knew Paul Ryan was too afraid to stand up to (President) Donald Trump, but now it appears that he's too afraid to face the voters of his own district as well," Bryce said.

"Paul Ryan is on his way out because he sees what is happening nationwide," said Cathy Myers, another Democrat running for the seat.

Ryan was elected Speaker in 2015 after former House Speaker John Boehner retired. He's come under fire from Democrats who oppose his agenda and from House Republicans in the so-called "Freedom Caucus" who think he's not conservative enough.

The news that he's reportedly considering retiring comes at a time when Ryan is trying to pass a massive tax cut, which has long been one of his top priorities.