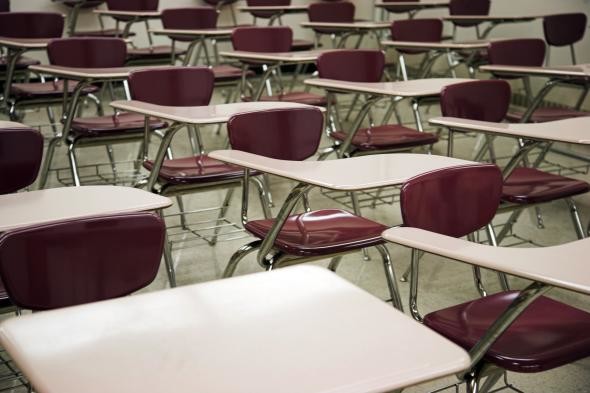 A new report has found that a combination of low salaries, tough political environments and accountability measures are contributing to a national teacher shortage, leading some classrooms to be led by instructors with little experience.

Linda Darling-Hammond, professor of education emeritus at Stanford University, co-authored the Learning Policy Institute's report, "A Coming Crisis in Teaching? Teacher Supply, Demand, and Shortages in the U.S."  The problem is widespread throughout the United States and having an impact on educational outcomes, Darling-Hammond said.

"We estimate that in the last year we were short about 60,000 teachers for the positions that were being advertised in terms of people qualified in the subject areas where the vacancies were posted," she said. "That means that districts are hiring people who are not prepared to teach."

The report found the number of teachers being hired without full preparation to teach, and sometimes without any preparation at all, is increasing, particularly in high-minority, high-poverty districts.

"This is a big problem for the achievement gap because it not only creates lower achievement, it often also creates higher turnover, which is a further depression on achievement," Darling-Hammond said.

To get by, lawmakers have eliminated or relaxed hiring requirements, expanded classroom sizes and canceled classes altogether or whole programs.

Some of the most affected teaching areas include special education, where there's been severe shortages in 49 states, and the math and sciences, which saw significant shortages in more than 40 states. The report also found more than 30 states have a large deficit of bilingual educators.

The shortages tend to disproportionately affect poor urban and rural districts, and teachers of color are leaving the profession at higher rates, Darling-Hammond said. Additionally, some regions of the country are suffering more than others.

The discrepancies are due in part to the vastly different teaching conditions from state-to-state. For example, Darling-Hammond said the starting salary for a teacher in Montana was $27,000 in 2013. That figure was closer to $45,000 in higher-spending states.

The report found Wisconsin to be in the middle of the pack, scoring above the median on compensation, but significantly below on working conditions, teacher qualifications and turnover rating. It's a point that State Public Schools Superintendent Tony Evers made during his annual State of Education address last week in the Capitol.

Darling-Hammond said Wisconsin's political environment has in some ways contributed to shortages, adding that's true across the country.

"Wisconsin has actually been one of the states where the politics has been particularly challenging," she said. "We've had sort of a decade of what some people have called teacher bashing, the view from some in the political arena that teachers are the cause of all of school problems, without taking into account all of the growth in child poverty and homelessness and other things that have plagued our society over recent decades."

She added, "That environment is very different than in other countries that have a higher level of support and respect for teachers, and it has been a factor I think in many places in driving teachers out."

The study also found one reason why many teachers are leaving is because of the accountability pressures put in place by No Child Left Behind, which penalizes teachers who cannot maintain or improve test scores.