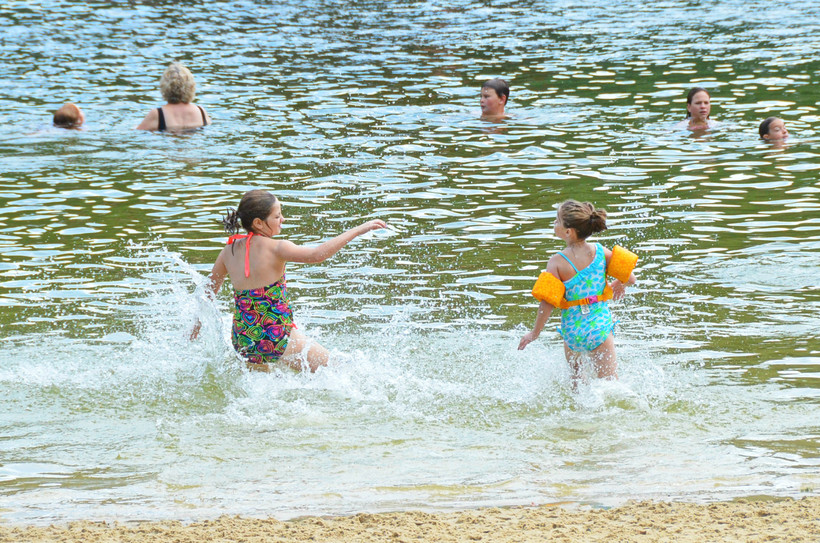 Unlike the movies, drowning doesn't happen with a lot of splashing, waving and yelling.

In fact, it's quiet and quick, said Morag MacKay, director of research at the nonprofit organization Safe Kids Worldwide, which focuses on safety for children and families.

"Once that whole process begins, it can take less than 20 seconds before a child starts to sink below the surface," she said.

As the summer season kicks off and more people are diving in for a swim, MacKay wants to remind swimmers and parents of ways to safeguard against drowning, which kills 1,000 children each year and sends about 7,000 to the emergency room.

Contrary to popular belief, MacKay said it's not pools that are the main venues for such incidents, but rather open waters, which she defined as anything from lakes, rivers and the ocean to manmade resources such as reservoirs and irrigation canals. According to a study released in May by Safe Kids Worldwide and Nationwide's Make Safe Happen program, 43 percent of fatalities occur in open water. About 38 percent of all injuries happen in the pool, she said.

The rate of drowning in pools is likely lower because their depths are much easier to gauge, MacKay said. Open water, on the other hand, has more variables to be aware of, such as currents and tides, which are powerful enough to sweep swimmers underwater.

Other factors she mentioned include:

Limited visibility: Murky water can sometimes hide hazards such as rocks, logs or drop-offs. Plus, a child who is starting to drown can be less visible in open water.

Distances: People might not realize how far they've traveled and how far away the shore is.

Cold water: People, especially children, might be used to pool water, and the coldness of open water can quickly sap a child's energy.

​​​When children start to drown, their instinctive drowning response kicks in, MacKay said, which means they will extend their arms out to the side and press down on the water to keep their mouth above water.

Younger children don't have that strength, so generally they won't move much.

"And they certainly can't yell because they're just trying to breathe," she said.

Gender and race also appear to be factors in drowning, MacKay said, citing statistics from the report that show boys are more likely to drown, accounting for 8 in 10 open water victims.

"There is research that suggests this is likely due to a difference in access to both swimming lessons and opportunities to swim in pools, so that they may be accessing open water more often for their water recreational activities," MacKay said.

MacKay said families should use designated swimming and recreation areas whenever possible, which will increase the chances that lifeguards are on duty and dangerous swimming areas are signed.

Furthermore, inexperienced swimmers should be only an arm's length from an adult, she said, and at least one parents should always have an eye on children who are swimming.

"You can switch off, but ensure there's always someone that's making that their priority," MacKay said, also advocating for everyone on the water to wear life jackets or personal flotation devices appropriate to their size and activities.

To be further prepared for possible drownings, adults should learn CPR, she said, which they can perform if needed before medical services arrive.

"Those basic rescue skills, learn how to respond in an emergency without putting yourself at risk at the same time," she said. "If you can start CPR before the emergency medical services arrive, you're increasing the likelihood that a child will survive."

She advised that children begin taking swimming lessons after age four, and perhaps use the time before that to get acclimated to the water.