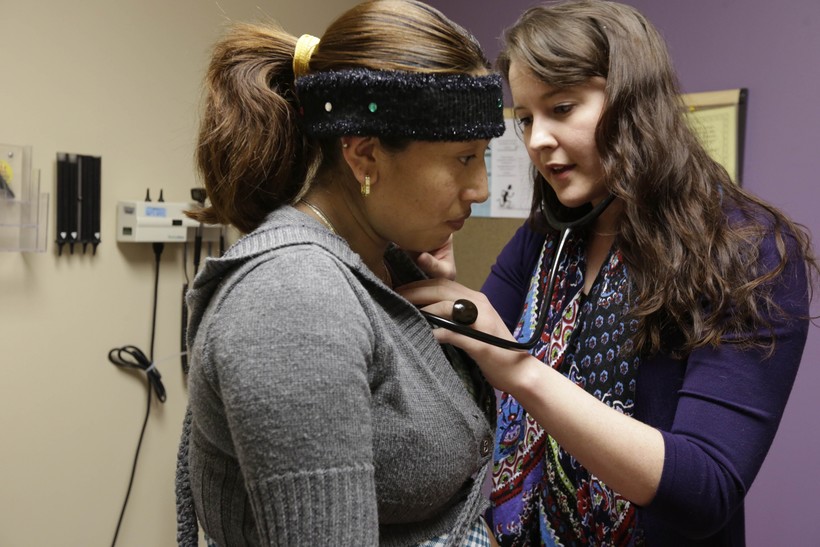 Report: Lack Of Transportation A Barrier To Better Health For Latino Community

A report on the health of the Latino community in southern and central Wisconsin by the University of Wisconsin-Madison’s Carbone Cancer Center Health Disparities Initiative found many of those living in the 20-county area studied get their health care from low-income community clinics. And no matter where they get their health care, transportation is often difficult.

Gov. Tony Evers supports doing so but Republican lawmakers have indicated they won’t allow such a proposal to stay in the state budget.

There are roughly 100,000 Latinos living in the 20-county area served by the Carbone Cancer Center and most are employed, but the report said those jobs often don’t pay well and are part-time or seasonal. Of the 41 percent of Wisconsin's Latino population who hold "poverty-wage jobs," half don't receive health benefits, according to the report. Also, many people work several jobs, making it difficult to live a healthy lifestyle and attend health care appointments.

Dr. Patricia Tellez-Giron is a family physician with UW Health who helped coordinate the study’s focus groups. She has seen improvements in cultural sensitivity over the years such as more interpreters for Spanish-speaking patients. But there are some in the Latino community — especially those living in the country without documentation — who avoid using health services.

"I'm a citizen but it has become really difficult. The perception of the general public of who we are and how we are here in the United States — a lot of prejudice and racial discrimination. So if I feel it as a physician, my patients are feeling it even worse," said Tellez-Giron.

The report said 64 percent of Latinos in the region studied were born in the United States and the majority are native to Wisconsin.

The report also showed diabetes is a concern, and that overall cancer rates are relatively low but that could change as the population ages.