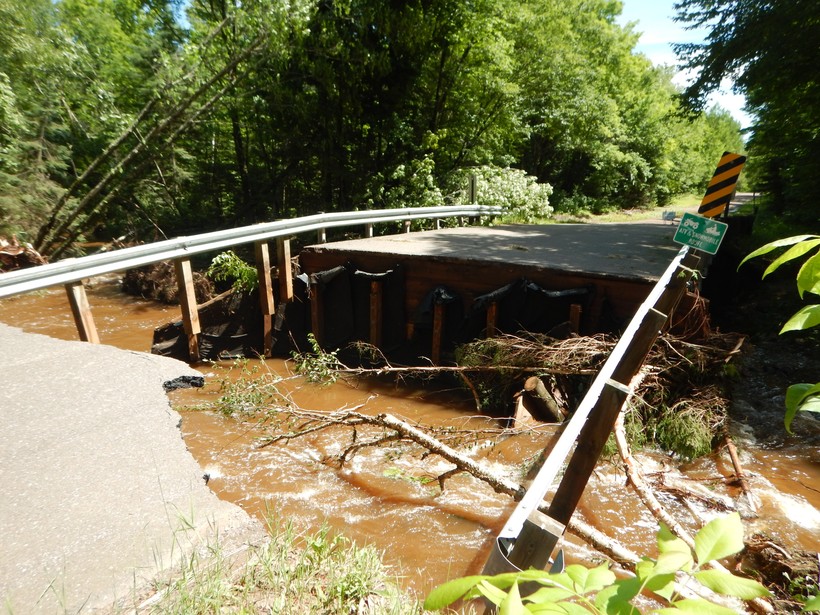 Roads in the Chequamegon-Nicolet National Forest are still being repaired almost three years after flooding caused more than $38 million in damage across eight counties and one reservation in northern Wisconsin.

The July 2016 flood affected 450 miles of U.S. Forest Service roads and 300 were closed due to damage. The vast majority of those roads were made passable by November of that year, said Hilary Markin, spokeswoman for the Chequamegon-Nicolet National Forest.

"We had those eight small segments (of road) where maybe a major bridge washed out that we didn’t have a temporary fix to put in there. It was going to be very costly," said Markin. "Those had the closures on it since 2016. Now, we’re having the contractors come in to do the permanent repairs on all the roads."

The cost to repair damages is expected to be $20.7 million. Roads and trails are being addressed across Ashland, Bayfield and Sawyer counties.

Officials with the Chequamegon-Nicolet National Forest have been working with the Federal Highway Administration to complete permanent repairs, which were also required to comply with the National Environmental Policy Act.

"Our job is to protect the natural resources — protect the areas," Markin said. "When we propose different projects, we have to ensure that those are all in protection, and there aren’t any impacts that we haven’t anticipated."

Some roads also encountered additional damage due to flooding last June when as much as 15 inches of rain were reported in some areas during the Father’s Day weekend storm.

"What we did is some contract modifications to account for that damage that happened in those areas that kind of crossed over between the two events," she said.

Visitors may encounter detours or delays where repairs are being made around Drummond, Cable and Mellen. Markin said the work began last year and will wrap up by the end of next summer. Information on roads that may be impacted and their status can be found on the forest’s website.