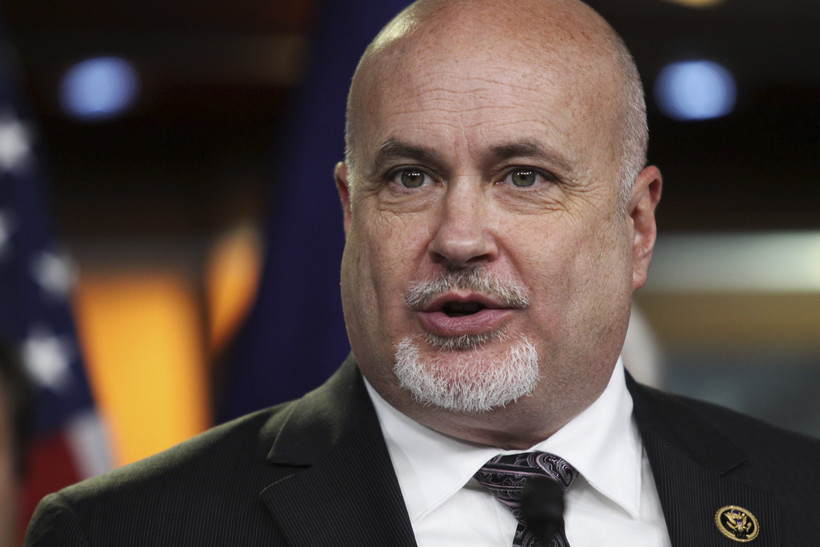 In a meeting with White House officials Wednesday, the Republican-led Congress set an infrastructure plan and welfare reform as the top priorities for 2018. Lawmakers also must pass a budget bill to avoid a federal government shutdown.

WPR's Kate Archer Kent spoke Wednesday with U.S. Rep. Mark Pocan, a Democrat from Wisconsin's 2nd Congressional District, which represents the south central part of the state. He said if Congress doesn't learn to compromise, it may face challenges in 2018.

Note: This interview has been edited for brevity and clarity.

KATE ARCHER KENT: Before we dive into the congressional agenda, President Trump took to Twitter (Tuesday) night to ignite a new showdown with North Korea. The president tweeted he has a "much bigger" and "more powerful" nuclear weapon. What do you make of how the president is handling North Korea at this moment?

MARK POCAN: Well, it's a break from previous presidents, not just on social media, but how they handle something as sensitive as this going all the way back to (President) Teddy Roosevelt, of course, pre-nuclear. It was always: "Speak softly and carry a big stick." And, you know, modern presidents, both Democrat and Republican, because of the power that's harnessed in nuclear weapons, have been extremely cautious of how they talk about them and don't throw them around like the newest toy.

And unfortunately this president, in the first few days of the year, is trying to pick a fight with Pakistan, Iran and North Korea all just in a couple of days worth of tweets. And this is a concern that Democrats and Republicans alike have. We really, really wish he would put the phone down and not tweet messages constantly. I know he says it's a way to get around the so-called fake media. But really it's probably the single greatest risk that he's putting us in on a regular basis.

KAK: As Congress returns from the holiday, the threat of a federal government shutdown looms. What, from your perspective, would lead to a deal?

MP: This is probably the issue that shows ... Congress at its worst, the most pathetic nature of Congress.

Since 2010, the rise of the Tea Party, we have not done that. And now we have again an extension of a few weeks into January, I think Jan. 19, and the most recent reports I saw just (Tuesday) were the Republicans are saying we may have to do another extension until President's Day ... because they still can't agree among themselves ... They have enough votes in the House, the Senate and they have the White House. And granted, you know, the Senate, they do have to get past a certain threshold. But they're unable to negotiate among themselves generally because of the Tea Party and a little bit this year ... because some of them are concerned about defense spending.

KAK: As a Democrat, do you see leverage in this conversation about spending because they do need buy-in from the Democrats to pass a spending bill? House Minority Leader Nancy Pelosi sent a letter to Democratic colleagues insisting that Democrats would demand higher domestic spending in these talks. But White House officials say the meetings’ focus will be on raising stiff budget caps for defense and domestic programs over the next two years. Do Democrats have leverage?

MP: In the normal way politics would function, yes, because if they don't have the votes on their side, they have to get it somewhere else. But again the basic 101 of your job … is to pass a budget. So you would argue, if they need Democratic votes, as they have in the past several years in the House where we've delivered votes to get a continuing resolution or omnibus bill done, they’d have to talk to us. But the problem is they really haven't reached out.

There's a new attitude in Congress, and especially in the White House. And unfortunately (House Speaker) Paul Ryan and (Senate Majority Leader) Mitch McConnell have been complicit that they don't have to reach out.