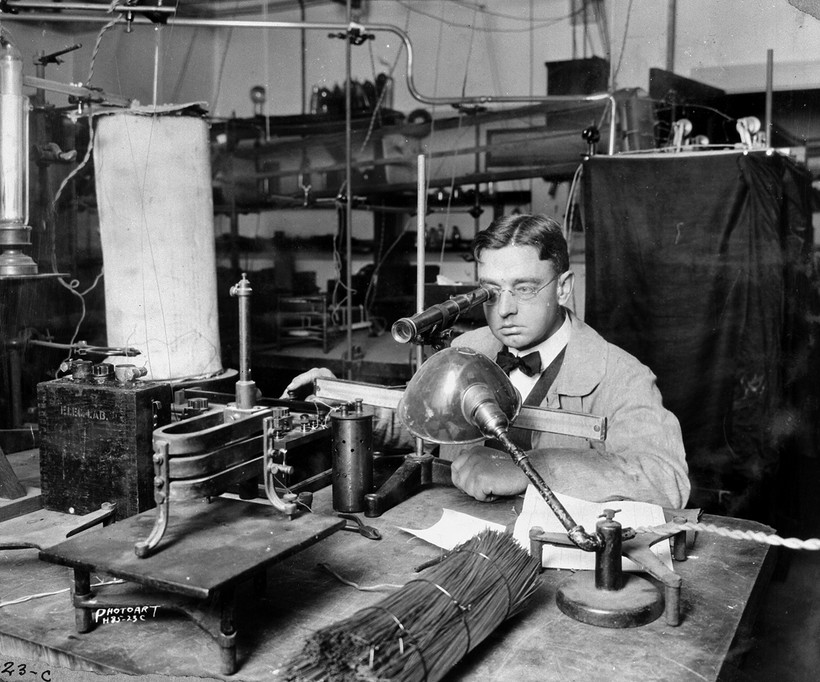 WPR Celebrates 100 Years On The Air
By Stephanie Elkins
Share:

The first broadcast that included music took place in February 1917 and was tuned in at the Madison home of University of Wisconsin physics Professor Earle Terry. Terry was integral to the development of radio technology in Wisconsin and arranged this special inaugural listening party. He gathered guests around the equipment and then phoned the student operator in nearby Science Hall, telling him to start the phonograph record.

That first piece? It was a popular tune of the day called "Narcissus," by American composer Ethelbert Nevin.

Find out more about WPR's history and centennial activities at wprcentennial.org.

For more information on this and other WPR history, read Randall Davidson's "9XM Talking: WHA Radio and the Wisconsin Idea," which was published by University of Wisconsin Press in 2006 and reprinted in paperback this year.