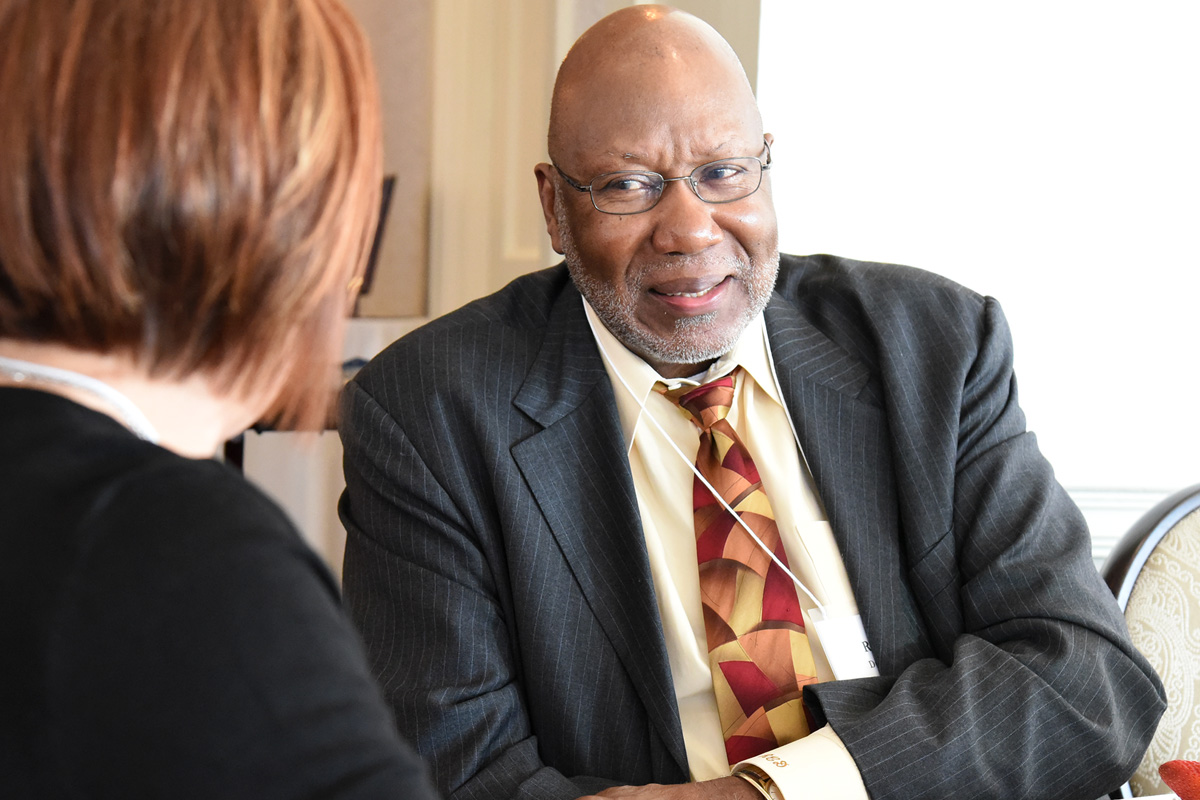 “Ron led with a strong and quiet style,” WPR Director Mike Crane said. “He was universally loved by the board and our staff. We will miss him.” Dunlap joined the WPRA board in 2011. He was elected vice chair of the board in 2016 before becoming chair in 2018. As head of the WPRA board he also served on the state’s Educational Communication Board (ECB) with other government appointees.

“While he was generally soft-spoken, I have fond memories of him using what he called his ‘playground voice.’ This was when he needed to get the attention of a boisterous crowd. If we needed to focus after a break in the meeting, he would smile and use a booming baritone to quiet us,” Crane concluded.

While an early career in basketball brought him notoriety — he was drafted by the Chicago Bulls in 1968 — his life’s work was education. Dunlap was a career educator and administrator with the Appleton School District where he served as Lincoln Elementary principal and director of minority student services. The Ronald Dunlap Award for Student Success was named in his honor.

ECB Director Marta Bechtol remembered Dunlap’s passion for education. “He was part of the rare breed of educator that loved middle school. He knew the joy in seeing a ‘tween-age’ brain ignite with possibility and new learning,” she said.

Dunlap and his family moved to Appleton in the early 1990s. In addition to teaching, he was active in the community and served more than ten years on the non-profit board of African Heritage, Inc. In 2016, Madison365 named him one of their “44 Most Influential African Americans in Wisconsin.”

In a recording he made for “StoryCorps” earlier this year he shared his love for Appleton and what it was like for him and his wife, Yvette, to be among a handful of black educators in the region. “I would like to see more black educators, because that is something that has long concerned me … we need more,” he said.

He was a passionate advocate who touched many lives. “Whether he was mentoring young people in Wisconsin or making the case for public media in Washington, D.C. he had a presence that drew people to listen to him,” Wisconsin Public Media Director Gene Purcell said. “A day spent with Ron was a day well spent,” he added.

In sharing the news with his fellow WPRA board members, Vice Chair Niles Berman praised Dunlap’s service to the organization and community. “He has been a thoughtful, tireless and inspiring leader to this board; a generous supporter of public radio and so many other community causes. He was such a warm, kind, engaging person and a great friend to so many of us,” Berman said.

Dunlap was 72. He is survived by his wife Yvette, his daughters and grandchildren of whom he often spoke. He will be missed by all who knew him.

Note - There will be a memorial service honoring Ron Dunlap on Saturday, November 2 at First Congregational United Church of Christ in Appleton. You can find additional information, including his obituary, here.