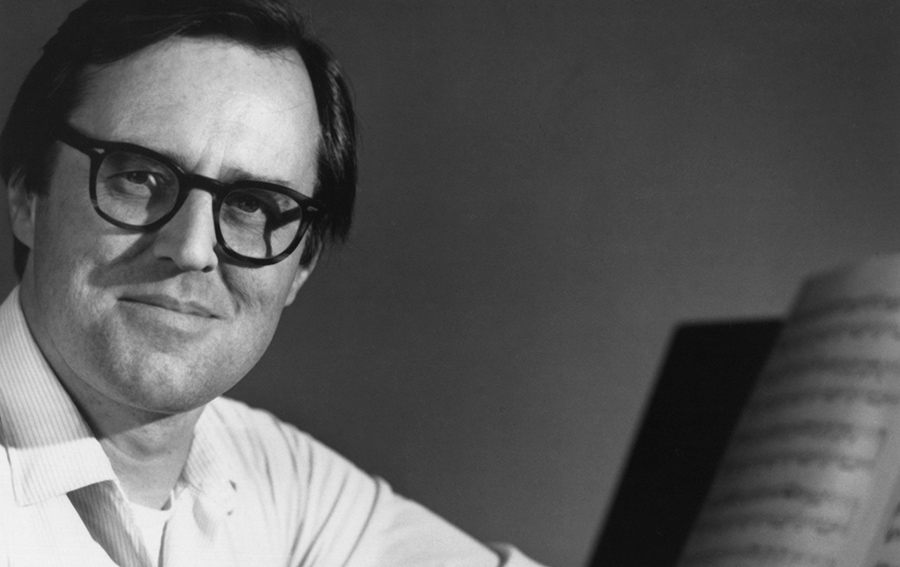 Russell came to WPR in 1977 after having served on the faculty of the City University of New York and hosting classical music there on WNYC.  He was known primarily as the host of “Morning Concert,” though he was also the primary producer and host for the programs “Tonight at Eight,” and “Sunday Afternoon Live from the Elvehjem.”  He retired from WPR in 1995.

Russell, who held degrees in composition from the Manhattan School of Music, wrote operas, piano pieces, chamber music and orchestral works, many of which have been performed on stages throughout the world.  Jim Fleming, who worked with Russell as a fellow classical music host and later as program director of WPR, said Russell’s knowledge of music was extraordinary.

“Robert was one of a kind,” said Fleming.  “He was passionate about music, and not just classical – Broadway as well.  I don’t think he ever played a performance he hadn’t listened to critically before scheduling it.  As a host, he was always compelling.  He told stories about the music that made you want to know more, and to hear him talk more about it.  He loved it so much you wanted to as well.” Fleming also remembered his friend as gentle and kind, but one always willing to argue a point.

Lois Scorgie, former volunteer coordinator at WPR, remembers Russell as a positive force at WPR. “He was brilliant, funny, and his puns were amazing,” said Scorgie.  “He and Jim (Fleming), on the air during fund drives, were better than any play, movie and book.  They would play off each other with words.”

Norman Gilliland, current host of classical music weekdays from 11 a.m. to noon on WPR, said the Russell knew music from the inside out, and cared about it deeply. "When he talked to his audience, he had a wealth of knowledge and opinion to draw from,” Gilliland said. “He had his likes and dislikes and they ranged broadly. He didn't much care for Beethoven's Grosse Fugue, but he liked the Everly Brothers song ‘Wake Up Little Susie.’ He enjoyed telling and hearing a good joke and had a New Yorker's big and forthright way of expressing approval or disapproval.  During the years I knew him, he was the mainstay of music at WPR.”

Dr. Jonathan Overby, host of “The Road to Higher Ground,” recalls Russell’s warmth. “I first met Robert Russell shortly after I began working at WPR in 1994,” Overby said. “That initial exchange led to many learning moments, laughs, and in-depth conversations about ‘all things music’.  In time he became a dear friend, mentor and, colleague.  His welcoming spirit, love for education and his genuine enthusiasm for various forms of music was inspiring.”

According to the obituary posted by Gunderson Funeral Home, memorials to honor Robert Russell may be made to the charity of one’s choice.  Condolences may be made to www.gundersonfh.com.