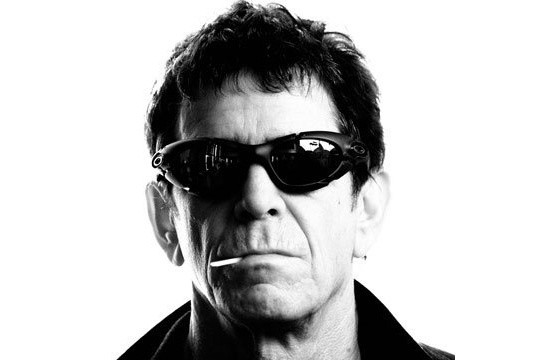 Lou Reed might be remembered as a master songwriter, sonic pioneer and a bonafide Rock and Roll Hall of Famer, but he wasn't perfect. (If you doubt it, just ask John Cale.)

Looking at some of the Velvet Underground records and Reed's better solo outings, it would be hard to second guess any of his artistic choices. That being said, there are more than enough leftovers, rarities and underappreciated gems that populated assorted bootlegs recordings, appeared during concert performances or languished on the B-side of the album to warrant expanding our appraisal of Reed's work.

Here's a selection of five songs that are typically overlooked when examining Reed's recorded output -- either because these songs are outshone by more easily digestible material or these cuts were never properly recorded and released.

Anyhow, these offer additional examples of the breadth of Reed's musical skills and underline again the extent of his influence. For a list of 10 classic songs, visit here:

"I'm Not A Young Man Anymore"

This version was recorded live at the Gymnasium, a club in New York, which the band played in the spring of 1967. In fact, the performance dates one month after the release of the group's debut album, "The Velvet Underground & Nico."

The song wasn't ever professionally recorded, but the sound and structure were eerily prophetic. A churning guitar hook anchors the song while the chugging rhythm and abrasive guitar work hint at what was to come on the Velvets' second record, "White Light/White Heat."

A hidden gem on the Velvets' self-titled third album, "Jesus" is a subtle plea for salvation but without descending into cliché. It's effectiveness is made all the more ironic because Reed was raised Jewish. In recent years, gospel group the Blind Boys of Alabama covered this song and remade it in more of a bombastic mode.

The song is a guitar-heavy instrumental from 1969 just as the Velvets were running out of steam. Doug Yule had replaced John Cale two years earlier, which gave Reed and guitarist Sterling Morrison more reliable backup during their guitar exchanges. As Reed and Morrison lock in together and then spar back and forth around the surprisingly danceable rhythm. Again, this song never made it onto a record and it’s a shame.

Recorded in the early '80s, Reed was emerging from years of substance abuse when he partnered up with former Voidoids guitar ace Robert Quine to record "The Blue Mask" album.

This is the closet Reed ever came to metal (until his ill-fated partnership with Metallica) and it certainly points in a direction that might have yielded more had Reed opted to follow. Much of the credit for how visceral these performances sound belongs to Quine, who was a Velvets disciple and made amateur recordings of the band's concerts as a young fan.

The opening track on Reed's 2000 disc, "Ecstasy," has a Rolling Stones flair to it. Reed's voice is perfect suited to weaving between the clash of guitar chords and horns.

This song is not only a true rarity, but might be credited with being fundamental in the founding of the Velvet Underground. According to legend, Reed wrote the song while a staff songwriter for a budget exploitation record label in New York. The search for a band to promote the song led to John Cale, who apparently had the prerequisite long hair. The meeting between Reed and Cale was crucial to the Velvets' formation.