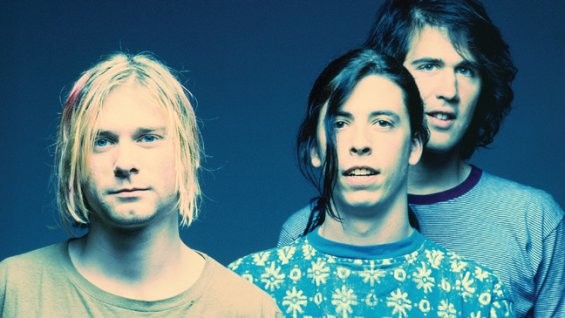 "Come as you are" couldn’t have been a clearer statement of purpose for the music of Nirvana and Kurt Cobain.

While Cobain's lyrics were artful in their oblique directness and lack of pretense, they were also a sincere, open invitation to all who would listen. Each song welcomed listeners in -- without worry as to their hipness, the personal baggage one carried and the like -- because it was all a part of the journey.

However, given Cobain and his band's tragic resolution after his suicide in 1994, Cobain's death and his legend have forever weighted Nirvana's music and hoisted upon it new meanings, sometimes unintentional, and a overly serious gravitas. Nirvana's music will never be so unadulterated again.

The last several weeks have been one of reflection for many who loved Nirvana's music or have ever been transfixed by Cobain's image. With Saturday marking the 20th anniversary of Cobain's suicide and Nirvana poised to accept an induction into the Rock and Roll Hall of Fame in a week's time, many are taking stock of Cobain's enduring legacy.

While "Smells Like Teen Spirit" with always remain one of rock 'n' roll's definitive anthems and Cobain forever frozen in time as a cardigan-clad saint of youthful ethos, his gifts as a songwriter and performer are more remarkable than the legend.

Cobain didn't just capture the zeitgeist and put it on vinyl. He was a great pop songwriter, one who loved rock's greatest pop-smiths like the Beatles and R.E.M. as well as underground acts like Black Flag or the Raincoats. His mastery ranged from the pop-punk flair of "Sliver," "On A Plain" or "Serve The Servants" to surreal, noir-rock like "Come As You Are" or "Heart-Shaped Box." And then there's plenty of left turns, like the dark ballad of "Something In The Way" all the way to the country and folk nuances of the Meat Puppets' "Lake Of Fire" to the Leadbelly cover, "Where Did You Sleep Last Night?"

Many rock stars die young, but few had as deep a reservoir of quality music despite creating such a small catalog. Examining all his work bolsters the belief about how much promise was lost when he died.

Here's a collection of songs that highlight Cobain's gifts: