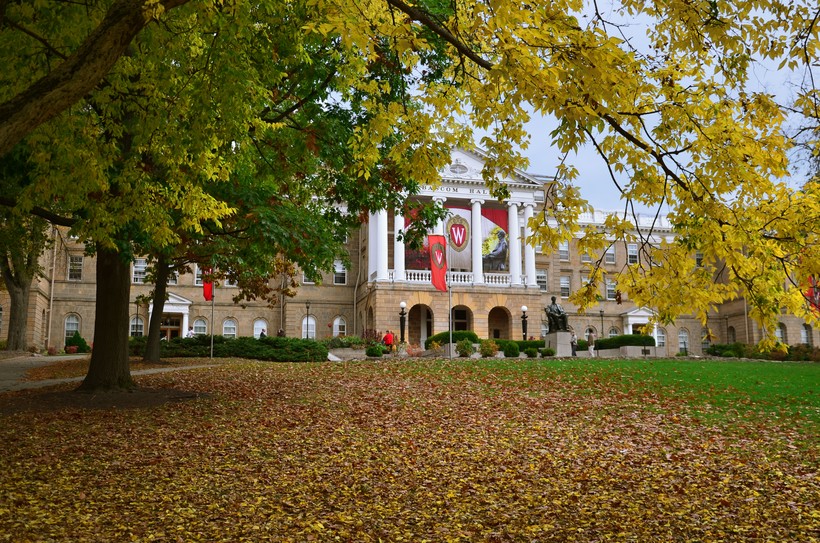 Writer: Current Legislature Can Look To Past To Bridge Divide Between State's Public Universities And Government
By J. Carlisle Larsen
Share:

In recent years, conversations between the University of Wisconsin System and the state Legislature have been contentious, with officials from both sides butting heads over issues like funding cuts and challenges to tenure.

But the relationship between the UW System and state lawmakers wasn't always as strained as it seems today. In fact, the two entities were highly collaborative and united behind the Wisconsin Idea.

Marc Eisen, a freelance writer and former editor of the Isthmus, recently wrote two pieces about the the relationship between former Republican Gov. Tommy Thompson and the UW System.

"In retrospect, there's a lot of people on the UW-Madison campus who see the Thompson era almost as the golden era," he said.

During Thompson's 14 years as governor, the UW System and the governor's administration weren't at odds, Eisen said. In fact, Thompson saw the state's public universities as a crucial part of the state's fiscal health.

"Thompson was almost a Hamiltonian-style Republican," Eisen said. "He wanted to do things and he wanted to implement conservative policies. He was not anti-government. He saw government as being a means of doing positive things for the state. And he saw the university as being the mechanism to really drive the Wisconsin economy. And he thought the best way to get the Wisconsin economy involved in this was to be its best friend."

Eisen points to the unlikely partnership between Thompson and former UW-Madison Chancellor Donna Shalala, a Democrat. They were united behind the common goal of expanding UW-Madison and worked well together to achieve the goal, he said.

However, subsequent administrations, including those of Govs. Jim Doyle and Scott Walker, haven't necessarily had the same rosy relationship that the UW System had with Thompson, according to Eisen. Thompson had a habit of including academics from the UW System when he wanted to implement new governmental policies, the best-known collaboration being the Kettl commission, headed by former UW-Madison Professor Don Kettl.

While Thompson is no longer in office, he's still keen on growing the state, said Eisen, who spoke with Thompson for the articles.

"One of the things about Thompson -- which again in retrospect was so good -- was that he was so upbeat and optimistic, and he wanted to pull people in," Eisen said. "But, he's concerned about the Wisconsin economy and he felt if he were still in power, the one thing he did not do as governor was work on building an economic development corridor between Milwaukee and Madison."

Thompson still holds the hope that the colleges and the tech schools can be bolstered to be an economic engine for the state, Eisen said.