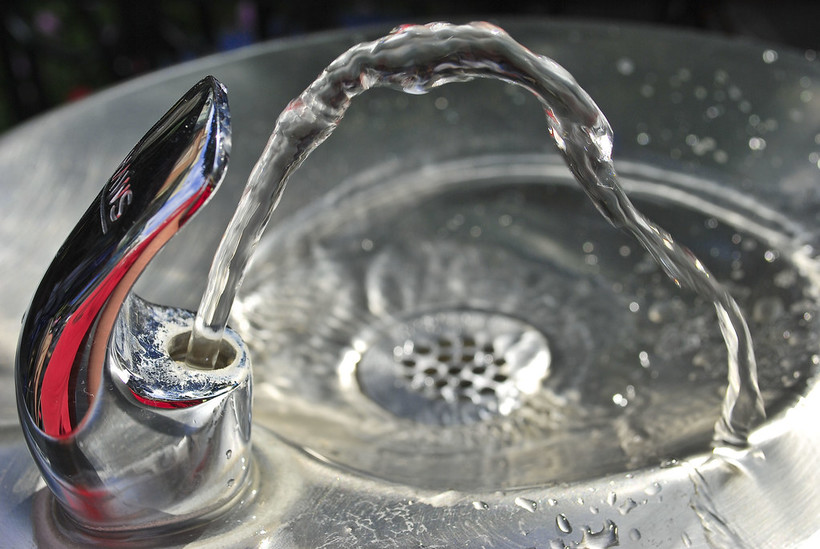 Wisconsin health and environmental regulators say they will meet the state's most pressing water quality challenges head on despite pushback from lawmakers and industry over efforts to address nitrates, lead and PFAS.

The campaign comes after Republican lawmakers on the state's budget-writing committee stripped hundreds of proposals from Gov. Tony Evers' budget. They eliminated measures that included funding and resources to address water contamination.

"Our state and our economy depend on having access to safe, clean water, from our homes and our schools to our farmers to our outdoor recreation industry, and we've been working to address water contamination and protect the health of folks across our state since the beginning of my administration," said Evers in a statement. "I'm incredibly proud of the work we’re doing to offer real solutions to improve water quality for every Wisconsinite, but we also can’t do it alone—we need the Legislature to give this issue their urgent attention and action."

When asked whether lawmakers' actions prompted the campaign, DNR Secretary Preston Cole said the initiative is in response to communities that are struggling with polluted water.

"While their politics will be their politics, we have work to do as agency officials to make sure that we keep clean water in front of everybody," said Cole.

Cole said every year will be considered the "Year of Clean Drinking Water" during the Evers administration. Evers dubbed 2019 the "Year of Clean Drinking Water," and Vos convened a task force that held meetings throughout the year that produced more than a dozen bills. That legislation was introduced in January last year to address a variety of issues, including groundwater pollution from manure runoff and contaminated wells.

Many of the bills passed the Assembly with bipartisan support, but they died in the Senate. Few of them were reintroduced by lawmakers this session. Although, the budget included funding for collection and disposal of firefighting foam that contains PFAS.

GOP lawmakers removed proposals from the governor’s budget that would have devoted $40 million for the replacement of lead service lines, $10 million each year for a grant program to help communities address PFAS along with funding for testing and 11 new positions, and $3.6 million in grants for county conservation staff to support land and water conservation.

Cole pointed to communities like La Crosse, French Island, Marinette and Peshtigo that are dealing with drinking water that’s polluted by harmful PFAS chemicals. More than 80 sites have been affected by PFAS contamination statewide, according to the DNR's database of environmental cleanups.

DHS Secretary Karen Timberlake said the class of chemicals have been linked to serious health issues including high cholesterol, a reduced immune response to fight disease, and fertility issues. The DNR has sampled about 90 public water supplies for PFAS, of which 5 percent have exceeded the state's recommended health standard of 20 parts per trillion. The agency has also sampled more than 100 water bodies for PFAS in surface water and issued 17 fish consumption advisories for the chemicals, including in Lake Superior and Madison-area lakes.

Timberlake also highlighted that nitrates — the state's most widespread contaminant — have been associated with birth defects, thyroid disease and colon cancer. Research has shown around 10 percent of Wisconsin's more than 800,000 private wells that provide drinking water to a quarter of the state's population exceed federal standards for nitrates. The biggest cause of nitrate pollution is typically farm runoff and leaking septic systems. Around 90 percent of nitrogen in groundwater can be traced back to agriculture.

"There is a great deal of work to do to make sure that across Wisconsin, the beautiful and abundant water resources that we do have are safe," said Timberlake.

"In the case of lead service lines, we're continuing to make good progress, but we've needed to bring more dollars to the table," said Ambs.

Regulators argue there’s no safe level of lead, which can lead to developmental problems in children. Lead poisoning affects around 5 percent of Wisconsin children or 4,000 youth each year with roughly half those cases occurring among African American children, according to state health officials. While lead paint is the major contributor, infants are most susceptible to lead contamination in drinking water through the formula they drink. Wisconsin's communities have more than 200,000 lead service lines that need to be replaced.

Efforts are underway to strengthen state water quality standards for nitrates, lead, and PFAS. The DNR expects to incorporate new federal regulations into state rules that would require public water supplies to test drinking water at schools and day care centers, as well as map all their lead service lines. The agency is also crafting standards to restrict manure spreading in areas that are vulnerable to groundwater contamination. And regulators are developing standards for PFAS chemicals in drinking water, surface water and groundwater.

Republican lawmakers, industry and farm groups have voiced concerns about the agency’s proposed regulations. The Wisconsin Dairy Business Association has highlighted the cost of complying with new manure restrictions and insufficient cost-share assistance from the state. The group has partnered with environmental and conservation groups on a blueprint that calls for significant investment to provide clean drinking water over the next decade, including funding for well testing and county conservation staff.

Dairy Business Association President Amy Penterman said in a statement Wednesday that farmers are eager to be part of the conversations about effective and practical solutions to the state's water quality challenges.

"We continue to take proactive steps to expand innovative practices that build soil health and protect and improve water resources," wrote Penterman. "We all value clean water and we all should want a thriving agricultural community in our state. Both are achievable.”

The Wisconsin League of Municipalities has urged state regulators to wait for the federal government to set PFAS standards. The Wisconsin Paper Council and Wisconsin Manufacturers and Commerce have questioned the science that formed the basis for PFAS standards recommended by health officials. WMC has also questioned the economic impact analysis of the costs associated with the proposed PFAS regulations that are under development.

"The economic impact analyses that we've seen so far is things like, 'Gosh, we're just not sure. We don't know how much it's going to cost.' Well, that doesn't cut it," said Scott Manley, executive vice president of government relations.

WMC has also filed two separate lawsuits against the DNR over its authority to regulate PFAS. Manley said the agency should follow the law and go through the rule-making process to set standards for PFAS before requiring businesses to test for the chemicals and address contamination.

Last December, GOP lawmakers weakened an emergency rule that aimed to implement a law barring the use of firefighting foam that contains PFAS except in emergencies and limited circumstances.

Ambs recognized concerns from lawmakers and industry surrounding efforts to regulate PFAS. But he said they've used the state’s groundwater quality law 138 times to regulate contaminants like PCBs, mercury, benzene, and other contaminants for more than three decades.

"And every time, businesses were very concerned about what the impact was going to be on them, and every time we were able to do these and put these regulations in place in a way that addressed all of those concerns," said Ambs. "At the end of the day, the only thing left was a better protected environment."

Both Ambs and Cole said funding through the federal infrastructure bill and the American Rescue Plan Act may provide opportunities to address issues that require funding to improve water quality.