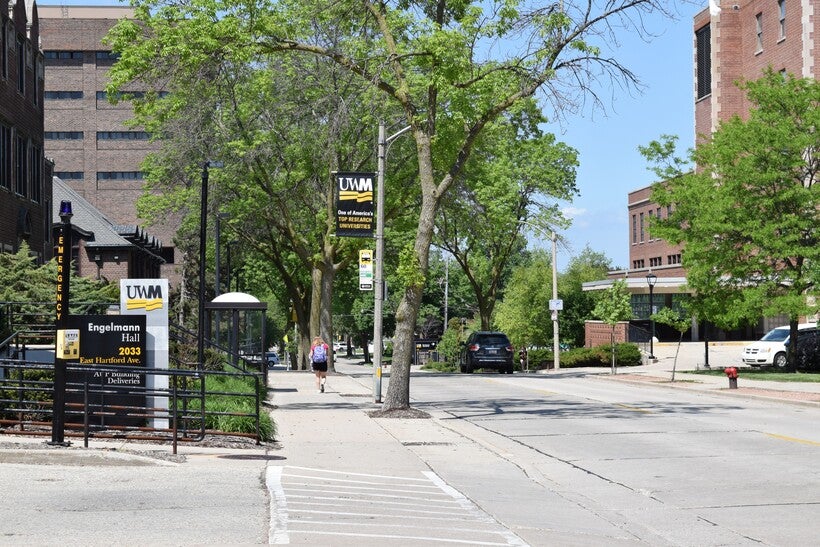 The new president of the University of Wisconsin Board of Regents has announced an "aggressive" campaign to advocate for the 26 state-owned campuses. The announcement follows a regents meeting where board members spoke of the need to encourage state lawmakers to lift a six-year freeze on tuition increases.

Regents President Drew Petersen announced the creation of the "All in Wisconsin" campaign during Friday's board meeting in Madison. He called the effort an "aggressive statewide campaign" to highlight the value of the UW System to the state's economy and taxpayers.

"Starting in September, we will combine forces starting with my fellow regents, system leadership, chancellors, business and community leaders, campus community members, legislators and of course, students to mobilize our All in Wisconsin initiative," Petersen said.

Petersen said the UW System generates $23 for every $1 invested into the state's two-year colleges and four-year universities. That figure comes from an economic impact study conducted by Northstar Analytics, which was commissioned by the UW System. The report also states the system has a $24 billion impact on Wisconsin's economy and has generated and supported 167,000 jobs based on data from the 2016-17 fiscal year.

Peterson told regents there's no better time for the system to make its case to state lawmakers and taxpayers than when the Wisconsin economy is healthy, adding "we don't have time to waste."

"We want to more broadly share our benefits and value our campuses offer their regions in the state," Petersen said. "We want to listen and learn what we can better do to serve the people of Wisconsin, and we want to mobilize and unleash citizens’ passion for this great university system."

Petersen said the initial plan is to hold at least six meetings around the state in places like River Falls and Stevens Point to "build the case and showcase what we've been accomplishing."

The initiative announcement comes a day after two regents voiced frustration with a multi-year freeze on tuition increases which first took effect in 2013.

Regent Bob Atwell told the board Thursday it was "critical" they help the Legislature arrive at a "different conclusion" about the tuition freeze when the next two-year state budget is considered by lawmakers. Regent Tracey Klein concurred, telling the board about the need to "persuade" the Legislature to restore the power to set tuition to the board.

The tuition freeze went into effect after state lawmakers objected to the amount of fund reserve balances held by the UW System during years regents increased tuition rates.

Regents and UW administrators like Petersen and UW System President Ray Cross have warned tuition freezes imposed by lawmakers that aren’t backed up with additional funding from the Legislature could harm the quality of system programs. Republican lawmakers who have championed the freeze have argued it’s kept the system more accessible and affordable to students and families.

The most recent two-year state budget, which was signed into law by Gov. Tony Evers on July 3, increases state funding for the UW System by $58 million. Evers had proposed an increase of $130 million, but the state’s Republican-controlled Joint Finance Committee rejected the proposal. The JFC also made $45 million of the total increase in the 2019-21 state budget conditional. The money can be released by the JFC after the system submits a report to lawmakers showing how it will spend the money.

Lawmakers did approve a substantial increase in the UW System’s capital budget, which funds building and renovation projects around the state. The JFC approved more than $1 billion in new spending authority for the system.

Regents and administrators have celebrated the increase, saying the money will be used to address deferred maintenance throughout the system. Also, the capital budget included $130 million for a new chemistry building at UW-Milwaukee, $128 million for additions to the veterinary medicine school at UW-Madison and $109 million for the first phase of construction of a new health science building at UW-Eau Claire.

But Petersen pointed out the campaign isn't just about getting more money from lawmakers.

"I think it’s about much more than just financial funding," said Petersen. "It's about reduced regulation, it’s about increased flexibility, it’s about partnering, frankly, legislatively with this university system to build economic prosperity programs that we can all be proud of."