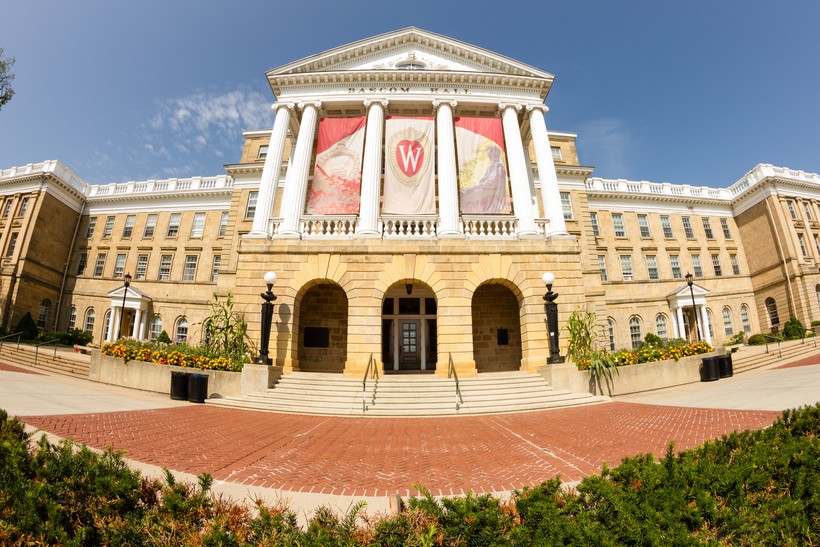 Regent: Wisconsin 'Has To Get Serious' About Investing In UW System

Walker Calls For A Continuation Of Tuition Freeze In 2017-19 Budget
By Bill Martens
Share:

A former lieutenant governor of Wisconsin and a member of the University of Wisconsin System Board of Regents is calling on the state to take a no-nonsense approach to funding the UW System.

In a recent letter to state agencies, Gov. Scott Walker wrote that he is planning on extending the tuition freeze in the 2017-19 budget. Walker also indicated that no additional state aid should be expected to offset the freeze, which was first put in place in the 2013-15 budget.  The freeze will help make universities "affordable and accessible," Walker wrote in the July 25 letter.

Years of poor decisions got the UW System in a "difficult" situation, said Margaret Farrow, who served as lieutenant governor from 2001-2003 under Republican Gov. Scott McCallum and appointed to the Board of Regents by Walker in 2013.

Farrow blames the policies of Democratic Gov. Jim Doyle, who succeeded McCallum, saying Doyle took "a ton" of money out of the UW System, forcing the regents to increase tuition more than 10 percent over Doyle's eight years in office.

Farrow added that when she served in the state Legislature in the 1980s and 1990s, the state was paying about 40 percent of the universities' costs, compared to about 16 percent today. In addition, she said state law is constraining the UW System too much, forcing officials to bow to lawmakers for nearly everything.

Farrow said she hopes Walker will be open to "reasonable" flexibilities.

One aspect that Farrow said is going well for the UW System is its president, Ray Cross. However, she compared him to a "rowboat trying to change the course of the Titanic."

"I think we have a huge responsibility to keep our buildings, much less our faculty and students, safe and really ready to confront the rest of the world," Farrow said. "We do have to get very serious about it."

Farrow also predicted some "very interesting" meetings to come after she toured the University of Wisconsin-Milwaukee buildings this week. Some buildings – of which a portion are more than 40 years old – need replacement or significant improvements, she said.

Former Democratic Party of Wisconsin Chair Joe Wineke, who also served with Farrow in the state Legislature, said the UW System is "on the verge of crumbling," but Walker shares some of the blame, too, for the hundreds of millions of dollars in budget cuts over his tenure, and forcing the UW System to spend down some of its cash balances.

"Where is this university system supposed to get its money if the state support isn’t there – and it’s actually real cuts – and they can’t use any tuition money?" Wineke asked. "And we stole all their reserves."

Walker is expected to introduce his full budget in early 2017.

Editor's Note: "The Week in Review" can be heard each Friday at 8 a.m. on the Ideas Network of Wisconsin Public Radio.

Evictions Likely To Spike Across Wisconsin As National Eviction Moratorium Ends
The Philippines Wins Its First Olympic Gold After Nearly 100 Years Of Trying
What Does The Law Actually Say About Vaccine Mandates?
Bill Would Allow Dogs In More Wisconsin Businesses
UW System Will Offer Scholarship Drawing For Students Who Get Vaccinated Against COVID-19