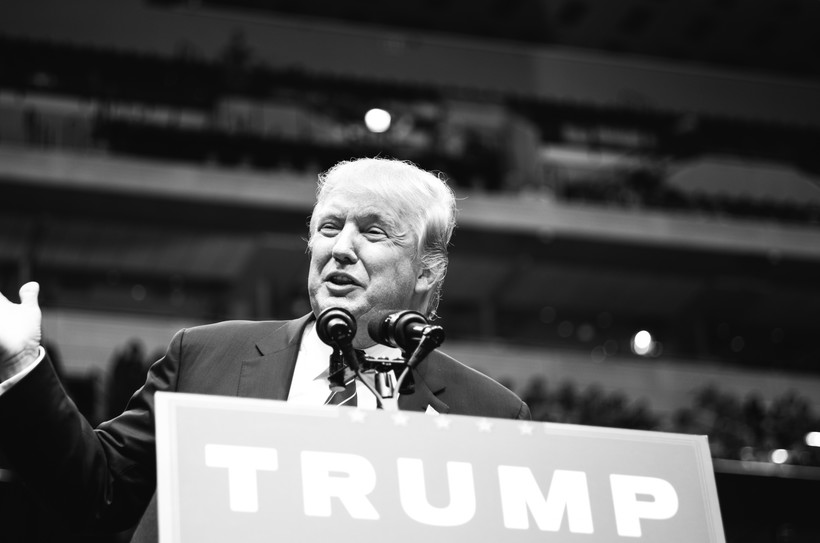 Reflecting On Presidential Campaign, Journalist Wants To Figure Out Why So Many Americans Are Angry

Pulitzer Prize-winning journalist David Maraniss set out across the country for more than a month to figure out what the current presidential race says about the U.S. and the mood of the electorate. He said he found a similar characteristic among the people that he met at high school gyms, Rotary Club breakfasts and the picket lines: People are angry.

Maraniss said the current feeling across the country has a kind of familiar quality to it, vaguely reminiscent to the aura of 1968 and the riots that broke out outside the Democratic National Convention in Chicago. Then, it was anti-war protestors clashing with police, and now, in 2016, it's a multi-ethnic coalition of groups colliding with Republican presidential candidate Donald Trump. While he warned that any direct parallels in history would be wise to be understated, Maraniss said there were similarities.

"In the sense that everything seems to be up in the air and nobody knows quite where we're going," he said. "And there are some pretty deep cultural divisions in both parties this year. And there's an undertone of menace, particularly from Mr. Trump and his supporters that, in some ways, is redolent of different eras of the past, from the McCarthy era to the George Wallace era to the present."

In the current political scene, as in generations past, the campaign trail rhetoric has is pitted "us vs. them," said Maraniss. The non-white community has been vocal in their protest against inflammatory comments made by Trump -- whether it was referring to Mexicans as rapists, calling for a ban on all Muslims or the violence against African-Americans who have attended his rallies.

But for Trump's supporters,  Maraniss said it's a combination of white-working class people feeling left out by the demographic changes and hurt by the economy, and a sense that others are getting more from the government than they are.

"I've always believed that race is the central dilemma of American life and I think that the anger, whether it's from the Black Lives Matter movement, or the Trump movement, in very, very different way, the issues revolved around race and fear of the other," Maraniss said.

This storm of anger has led to an unsettling of both parties, said Maraniss. As the campaign continues on, he said it seems as though Democrats and Republicans are moving further away from each other, and indication of the splintering of what it means to be an American.