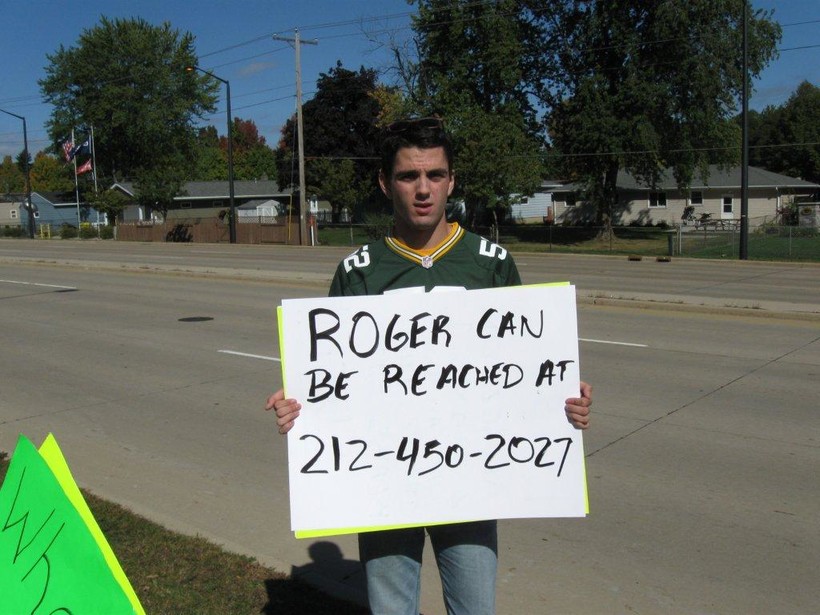 Fans of the Green Bay Packers are crying, "Foul!" after a call that resulted in the team's loss last night against Seattle. It is the latest in a series of questionable calls by replacement referees in a labor dispute with the National Football League.

Just four people with handmade protest signs were in front of Lambeau Field, but passing cars were generous with supporting honks.

Tamie Vertze had time to give voice to emotions many Packer fans shared, the morning after a Hail Mary pass and subsequent score went to the Seahawks instead of the Packers. "It wasn't right. There's been a number of plays that have potentially put the players' safety at risk. I mean basic simple things that are affecting the outcomes of the games."

The NFL and referees are battling over wages and benefits. The Seahawks' win is the last straw for Mike Lepak who was also protesting in front of Lambeau Field. "I blame the NFL. I blame the referee who called it a touchdown. I blame everything on the league."

Even Governor Scott Walker weighed in on the call. Walker has famously battled public employee unions, but tweeted that the "real refs" should be returned.