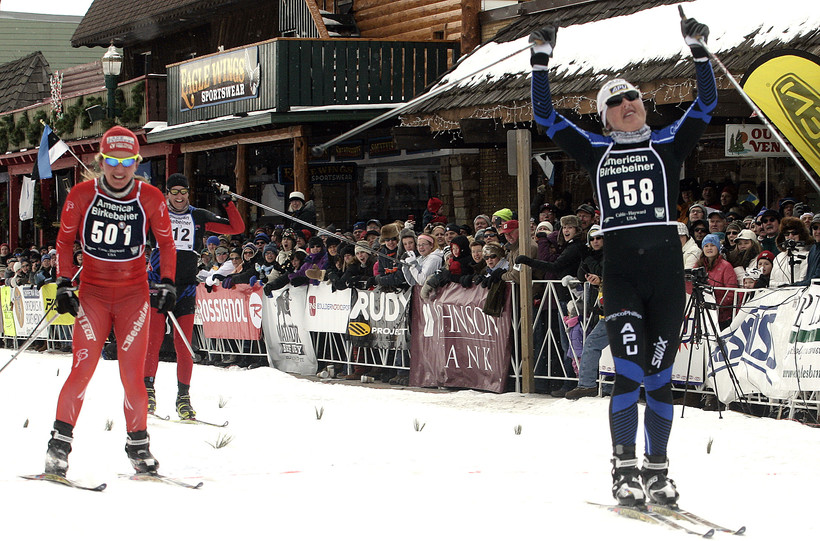 Weather Conditions Expected To Be Perfect After 2017 Cancellation
By John Davis
Share:

The American Birkebeiner will go on as scheduled this year with a record number of Nordic skiers registered for the races in northern Wisconsin.

About 13,500 cross-country skiers are expected to participate in three separate races — the Kortelopet and Prince Haakon will take place on Friday, Feb. 23, with the American Birkebeiner to be held Saturday, Feb. 24 between Cable and Hayward. The course spans 50 kilometers from Cable to Hayward for skaters, and 55 kilometers for classic skiers.

Last year's race was canceled when the course couldn't be groomed because of unseasonably warm weather, but it’s a return to normal conditions this year.

"The ski conditions could not be better," said Cable Area Chamber of Commerce Executive Director James Bolen. "There's about 6 or 8 inches of just solid base. This year we've actually been getting regular snow, just about every week, 3 or 4 inches. It's pretty much ideal for outdoor recreation."

The American Birkebeiner bills itself as the largest cross-country ski race in North America. The last time it was run in 2016, skiers from 46 states and 22 countries participated. Bolen said the fact the Winter Olympics is happening at the same time in South Korea won't detract from the Wisconsin race.

"Most of the elite skiers are at the Olympics, but several of the national teams are planning on coming," he said. "There's a really elite field of some of the top skiers in the world that are planning to be here in northern Wisconsin."

An estimated 2,000 volunteers are expected to help put the races on. That's the combined population of Cable and Hayward. According to the American Birkebeiner, the race contributes to the estimated $26 million in silent sports revenue generated in Sawyer and Bayfield counties of northwestern Wisconsin each year.