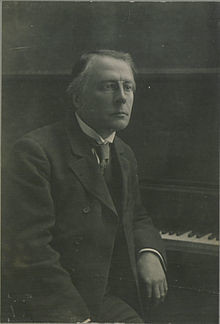 Arthur Friedheim was worried. His former teacher and longtime friend, Franz Liszt, had promised a pupil a concert appearance at the 1886 Carlsruhe Music Festival. Friedheim considered the pupil a disaster, but, perhaps because the young woman in question was a protégé of Empress Augusta of Prussia, Liszt saw fit to go ahead and put her on the program.

At a time of competing musical factions, Friedheim was concerned that a bad performance would be a setback for the festival and for the cause of innovative music. He pleaded with Liszt to reconsider, but to no avail.

He argued with festival conductor Felix Mottl until they had thrashed out a compromise. Instead of accompanying the questionable soloist with the orchestra, Mottl would perform with her as a second pianist. Just before the performance, still full of misgivings, Friedheim approached Liszt again and found him unyielding.

“If she isn’t nervous,” Liszt said, “she’ll get through all right.”

“But you know full well that she will be nervous,” Friedheim said. “She’s going to wreck everything that we’ve accomplished.”

The performance turned out to be as bad as he feared. From the second piano, Mottl did his best to drown out the offending novice.

By opposing Liszt and winning over Mottl, Friedheim had offended his former teacher, and when Liszt left for London and Paris on what he half-jokingly referred to as his last tour, instead of accompanying him as usual, Friedheim remained in Weimar. But suddenly he felt that he had to see the old virtuoso again. So he hurried to a Liszt festival in Liège, Belgium, hoping somehow to restore their relationship.

“You are inclined to come too late,” Liszt said with a frown. “Beware of missing chances, otherwise it may be altogether too late someday.” Then, seeing how downhearted Friedheim was, Liszt smiled and embraced him, and their friendship was mended, a blessing for Friedheim, because a few weeks later, his old teacher died.