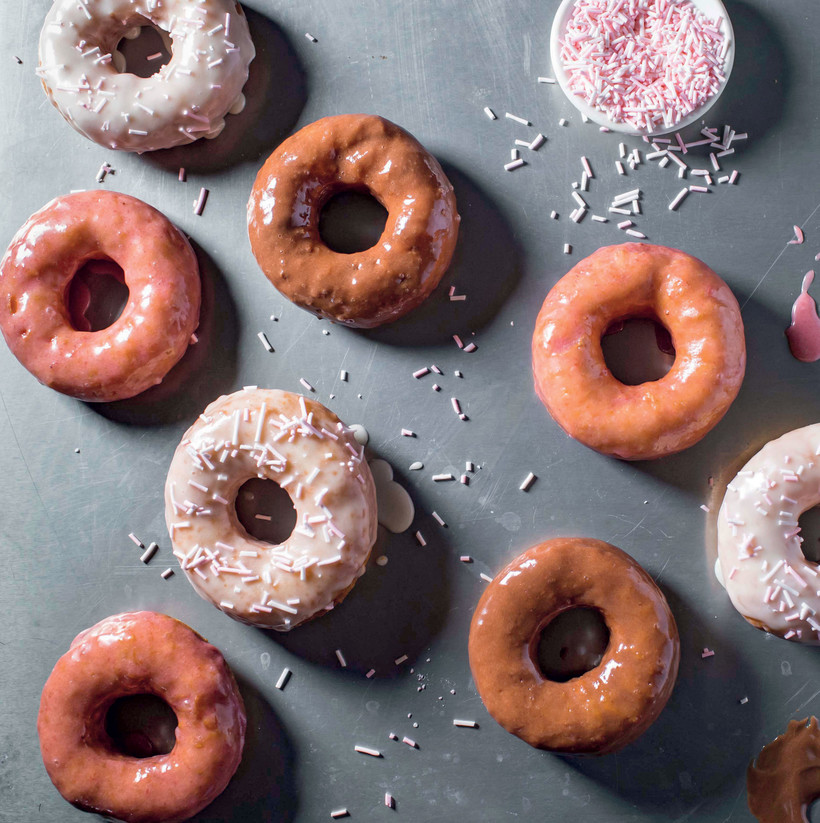 [RECIPE] Yeast Doughnuts from "The Fearless Baker: Simple Secrets For Baking Like A Pro"

YEAST DOUGHNUTS is excerpted from THE FEARLESS BAKER © 2017 by Erin Jeanne McDowell. Reproduced by permission of Houghton Mifflin Harcourt. All rights reserved.

MAKE AHEAD AND STORAGE: The dough can be refrigerated for up to 15 hours.  The doughnuts are best eaten the same day they’re fried.

For most of my life, my grandma lived in a house that was originally built by my great-great-great-grandparents. When she was a kid, her grandma lived there. For hundreds of years, that house was “Grandma’s house” to generations of my family. One day, my grandma gave me an old yellow recipe box filled with handwritten cards, including this one. It’s been my doughnut recipe ever since.

Note that the dough should rest in the refrigerator overnight—but see Pro Tips for a work-around.

The high moisture content that makes the dough a bit sticky is what’s largely responsible for the doughnuts’ light and fluffy texture. You can add a little more flour to make the dough easier to work with, but too much can weigh things down.

Instead of cutting the dough into regular doughnuts, I sometimes use a pizza cutter to cut the dough into 2-inch squares (no hole in the middle)—these are especially good for filled doughnuts. Increase the frying time by 1 to 2 minutes. (This makes about 2½ dozen doughnuts.) If you want to fill them (whipped cream, jam, fruit curd!), you’ll need about 470 g / 2 cups. Let cool for 5 to 10 minutes before using a piping bag fitted with a round tip. Use the tip to make a hole in the side or bottom, then fill the doughnuts.

Fruit-Glazed Doughnuts: Make the glaze on page 106, using any kind of fruit. Glaze as directed above.

The Fearless Baker: Simple Secrets for Baking Like a Pro

The Fearless Baker: Simple Secrets for Baking Like a Pro