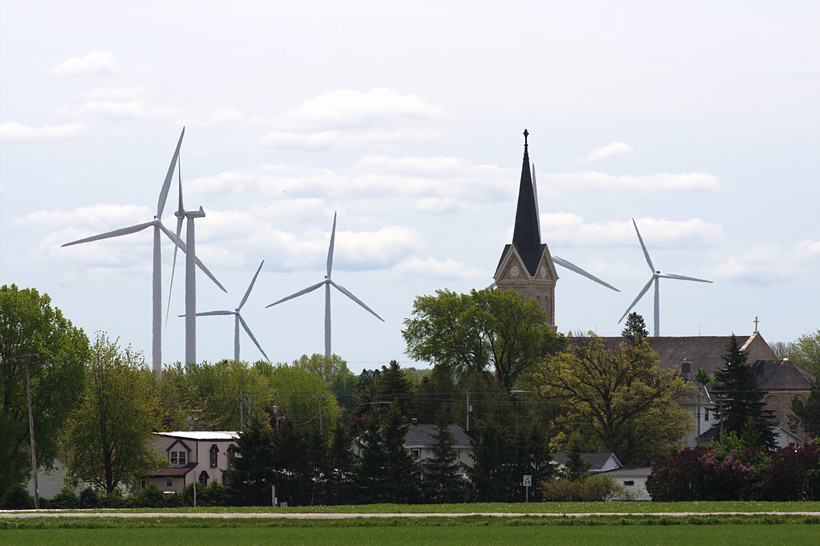 The rule requires wind turbines to be built at least 1,250 feet from any dwelling. The realtors association lobbied unsuccessfully for a bigger setback to protect housing values. John Kassner, an attorney for the realtors, told the Court Thursday the rule clearly has an economic impact on houses near wind farms, both for homeowners and home builders.

“Is he going to have to take the windows of the side that faces the windmill so he doesn't get the shadow flicker when the sun is right? Is he going to have to add more sound insulation? Is that going to affect the way he builds the house or the cost he incurs in building it? Of course it is,” Kassner said.

Kassner asked the Court to require the state Public Service Commission to conduct a more thorough housing impact study. But an attorney for the PSC said a previous study already determined the rule would not affect housing values.

Wind energy advocates said if the Supreme Court rules in favor of the Realtors, it’s unlikely to have much effect on new wind Turbine construction in the state.

Michael Vickerman of Renew Wisconsin said in an email, “The wind industry lost confidence in Wisconsin's ability to create and maintain a transparent and stable permitting environment for utility-scale turbines” in 2011, when Gov. Scott Walker tried to expand the setback rule to 1800 feet.

If the rule is invalidated, Vickerman said he has “No  faith in the legislature's capacity and resolve to force the Commission to promulgate a new rule.” But he said if the court does throw out the rule it will send an even stronger message to wind turbine companies that Wisconsin is  more firmly “shutting the door on  environmentally beneficial economic development”.

Questions posed during the oral arguments this week by Justice Michael Gabelman suggest he would like to each Wind turbine development be evaluated on it’s own merits and the concerns of neighboring homeowners rather than having a one-size-fits-all rule for setback requirements.

A ruling in the case is expected sometime before the end of the year.