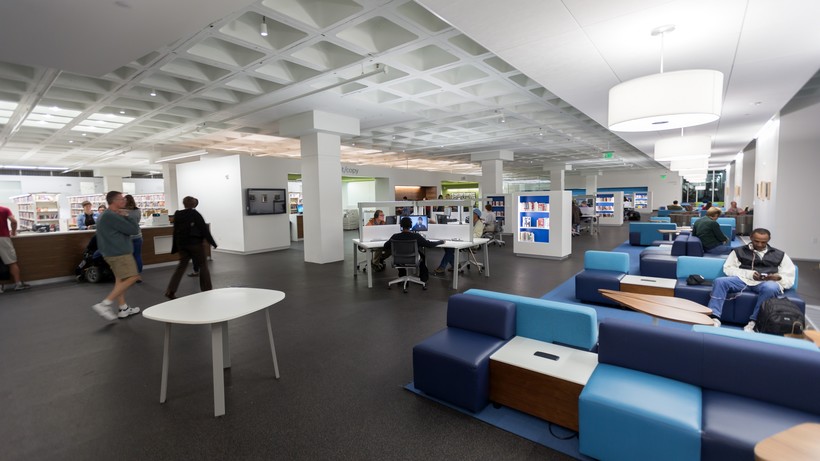 Julie Whitaker knew for an entire year that she would eventually have to have a double mastectomy. She has the genetic mutation called BRCA2, and for 45 percent of women with the harmful mutation it leads to breast cancer by age 70, according to the National Cancer Institute.

Because of the mutation, Whitaker was given more notice than many women who have breast cancer and must decide quickly whether or not to operate. So, before she had the procedure two months ago, Whitaker decided she wanted to have a party. A farewell party – to her breasts.

And much like she had known about the surgery in advance, Whitaker said she always knew she wanted to write about her experiences. Whitaker, an associate professor of social science at Edgewood College in Madison, will take the first step in sharing her story with others this weekend at a new event being held at the Madison Public Library Central Library.

At the event – "Real Life Library," which is being put on by Madison-based nonprofit WOAH – Whitaker and 14 other volunteers will share personal stories, effectively acting as live books. Attendees, or readers, can "check out" and "read the books."

In the half hour sessions, up to three attendees can sit and listen to the storytellers. The session includes a 20-minute story, like Whitaker’s "A Farewell Party for My Boobs," followed by 5 minutes for questions and reflections.

For Whitaker, she said she hopes the event is a chance to connect with other people.

"I think it’s really healing to talk about things and not keep them private," she said. "This is a first attempt to talk publicly about my experiences.

"In real life if I tell my story to somebody in my classroom or on the street, I feel like I have to lighten it up a little bit so that the person listening isn't too freaked out by because in our culture we don't talk about things like mastectomies, but they know what they're getting into when they come to the library."

Garrett Lee – founder of WOAH, or We Help One Another – said he hopes the event will help teach children and adults alike how to be more present and listen more intently.

The Real Life Library was inspired by a similar project founded in Copenhagen in 2000, called the Human Library, but Lee said he wanted to make the event more about listening to each other.

"I believe there is a lot of power in listening and creating opportunities for people to listen is really what we're aiming for," Lee said. "We all have a story to tell, I think it's interesting when we can give people an opportunity to really connect."

The people, or "books," will tell stories on a variety of topics including faith, growing up with HIV and recovering from a robbery.

The event will be held from 1 to 5 p.m. Saturday at the Madison Public Library Central Library, 201 W. Mifflin St.