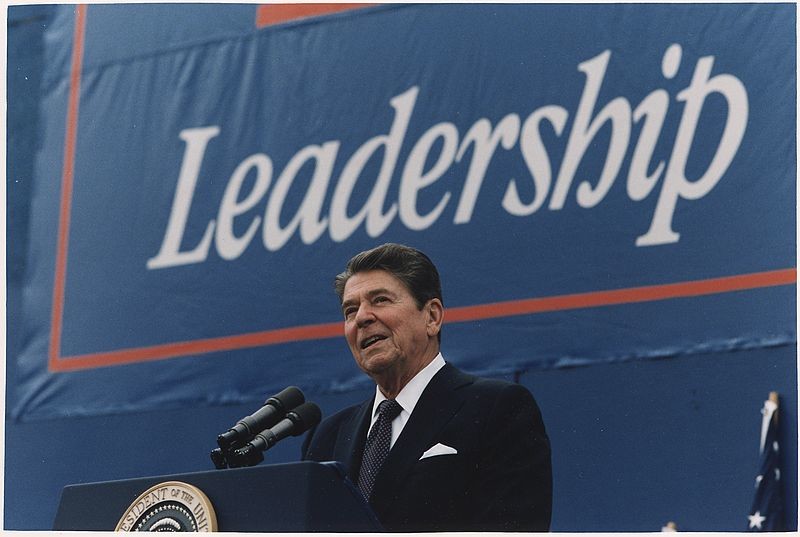 In his latest piece for the Chronicle of Higher Education, reporter Dan Berrett writes that in 1967, California’s higher educational system was the envy of the world.

But, earlier that year, newly-elected California Gov. Ronald Reagan, who won on a platform of cutting taxes and reducing state spending, told universities that there would be some “intellectual luxuries” that they would have to do without.

At a press conference in Sacramento on Feb. 28, 1967, Reagan told a crowd that the taxpayers shouldn't be subsidizing intellectual curiosity. He told colleges to shift their focus by teaching workforce entry skills. It was a view 180 degrees opposed to the idea that college is a place for intellectual development and took a longer-term view about which skills are actually useful.

It was on that day in late February, more than 48 years ago, that the purpose of higher education changed forever, Berrett said.

“What I argue is that I see much more discussion in the public sphere about colleges needing to be job creation tools and less about developing abilities that might not have an immediate apparent pay off,” Berrett said. “I think when you look at it deeply enough it does become a false dichotomy.”

Reagan had come to power largely by using higher education as a foil, Berrett said.

“This is after the campus protests in the ‘60s where (Reagan) really took the protesters to task as 'filthy speech advocates' — which is Reagan’s term. So, he was used to casting higher education as something of an opponent,” Berrett said.

Since Reagan’s 1967 speech, Berrett argues that the rhetoric swirling around higher education funding has influenced federal and state policy.

“There’s been a documented drop in state higher ed appropriations — as you're experiencing there in Wisconsin with Gov. (Scott) Walker’s proposed $300 million cut for the (University of Wisconsin) System, and really the rhetoric that Reagan deployed in 1967 previewed some larger structural changes,” Berrett said.

One of those structural changes, Berrett said, is the fact that higher education started to be seen more as a private good instead of a public one.