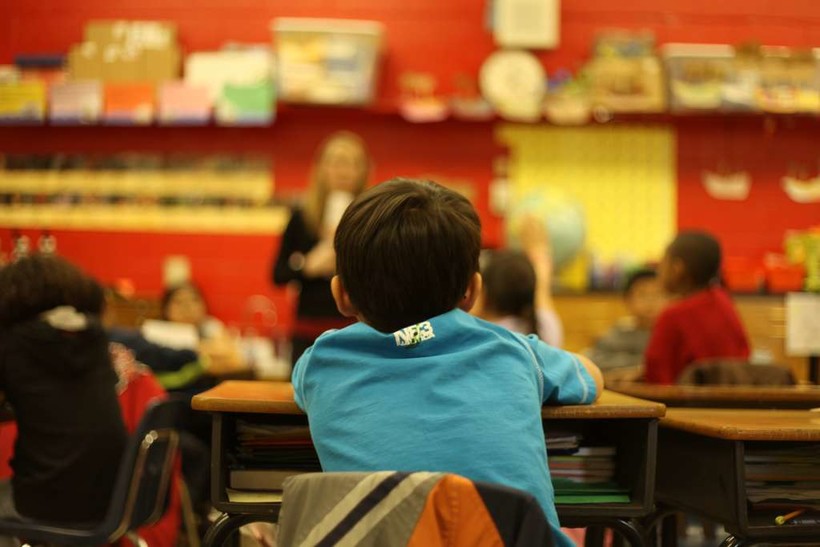 Education Topics We Covered This Summer
By Keegan Kyle
Share:

With September drawing closer, the back-to-school season is upon much of Wisconsin. Across the state, some students and teachers have returned to the classroom and others are poised to get back into the school-year routine.

It's only natural that summer fun took precedence over learning for many during the past couple months. But that doesn't mean there isn't more to learn and information to take in once everyone is back at their desk and has their thinking caps on again.

In that spirit, here's a compilation of seven education-related topics that you might have missed over the summer:

Kelly Meyerhofer, a higher education reporter for the Wisconsin State Journal, spoke in early August about a package of bills in the state Legislature that would affect tuition and fees at Wisconsin's state universities. The conversation also explored recent changes in the oversight of for-profit colleges and the effectiveness of campus safety phones.

History Of The American Dormitory

Americans have long believed in the ideology that college students should reside in dormitories. Carla Yanni, a professor of architectural history at Rutgers University, has written a book, "Living on Campus: An Architectural History of the American Dormitory," which explains why we still think living on campus is key to socialization.

The conversation from last May also includes the architectural evolution of residence halls.

How Schools Are Connecting Families With Mental Health Help

In late May, Gov. Tony Evers and Republican state lawmakers were pushing to boost funding for student mental health. They just disputed how much to hike spending.

Amid the state Capitol debate, Heidi Eliopoulos, the superintendent of the Chippewa Falls Area Unified School District, spoke about broader efforts to expand mental health services in schools and how more state funding could help.

Wisconsin state lawmakers introduced legislation earlier this year that would prevent schools from punishing students whose lunch accounts are delinquent.

As the bill headed to a public hearing, state Rep. Gary Tauchen, R-Bonduel, spoke in May about the measure, which would bar school districts from dumping student lunch trays or requiring students to work when accounts are in arrears. It would also require districts to communicate only with parents about lunch accounts and would bar schools from adding collection agency fees to student bills

The Madison Metropolitan School District adopted a resolution this year saying it aims to use 100 percent clean energy by 2040.

Jane McCurry, program manager of RENEW Wisconsin, a nonprofit organization that promotes all forms of renewable energy in Wisconsin, explained in July what clean energy actually means and how schools can afford these changes.

The conversation also included how other schools in Wisconsin were taking action to use less energy.

A growing number of students are taking courses in high school to save college costs. In June, Ann Westrich, the career prep education director for the Wisconsin Technical College System, and Megan Miller, an early college specialist with Blackhawk Technical College, spoke about the different courses and options available for high schoolers across Wisconsin.

Coexisting With Family On College Break

In early June, Alexandra Solomon, a licensed clinical psychologist at the Family Institute at Northwestern University, spoke about students coming home and how the dynamics between child and parent might feel a little — or a lot — different.

While this segment might be a late for children and parents this year, why not get a head start for next year?

Want to share what's happening in your school that we should be talking about? Email mornings@wpr.org or connect with us on Twitter at @wprmornings.