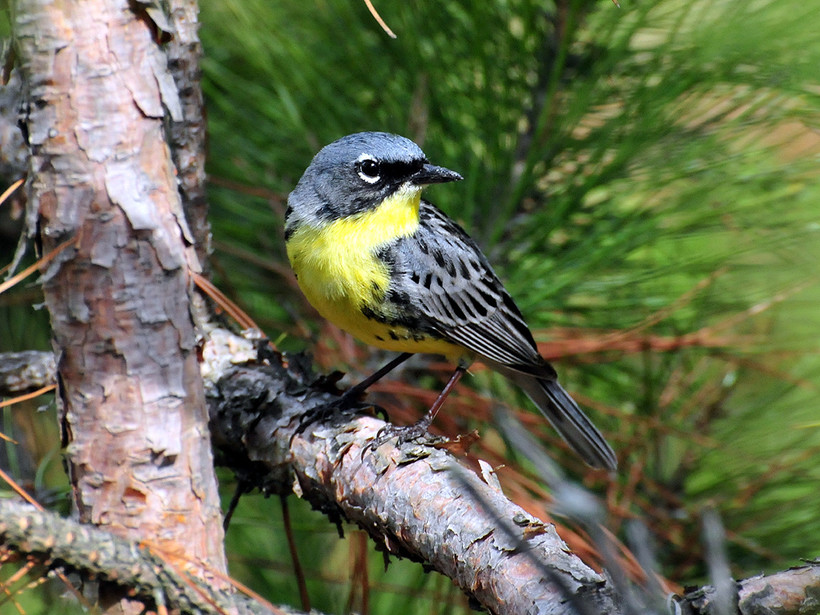 Rare Warbler Population On The Rise In Wisconsin

Slowly but surely, Kirtland's warblers are beginning to call Wisconsin home. Documented in the state for less than a decade, the small yellow-breasted songbirds have been spotted in a number of counties around the state, according to statistics from the latest Department of Natural Resources bird census.

"We had a good year in Adams County. The number of 20 singing males was up, it's been increasing pretty steadily for the last couple of years," said Drew Feldkirchner, director of the Wisconsin DNR's Natural Heritage Conservation Program.

The main population is in Adams County in central Wisconsin, but the birds – an endangered species – were spotted in Douglas, Bayfield, Marinette and Jackson counties, according to the census findings.

The population has been monitored by the DNR since 2008, when seven birds were spotted. This year, 30 birds were counted in Wisconsin, and the census estimated a minimum of 37 to 38 baby birds (fledglings) were hatched, Feldkirchner said.

The census is done in the early part of June each year, and volunteers play a big role in gathering data.

"We have volunteers that identify potential habitat areas where we want folks to go out and look and listen for Kirtland's warblers," Feldkirchner said.

A number of playback experiments were conducted in potential habitat areas in northern Wisconsin. The experiments used recordings of Kirtland's warblers' song to attract and consolidate roaming birds in an attempt to establish new breeding populations. Experiments done in Bayfield and Marinette counties were successful in attracting birds to those areas, Feldkirchner said.

"Four males and one female came to Bayfield, and they did nest," he said. "And we're seeing good numbers in Marinette as well."