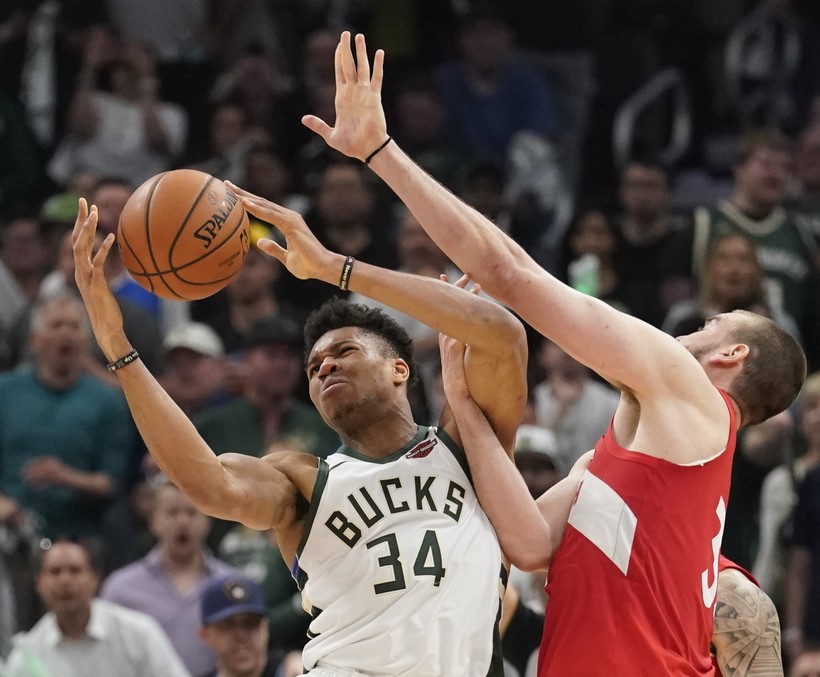 Milwaukee Bucks' Giannis Antetokounmpo and Toronto Raptors' Marc Gasol go after a loose ball during the second half of Game 5 of the NBA Eastern Conference basketball playoff finals Thursday, May 23, 2019, in Milwaukee. The Raptors won 105-99 to take a 3-2 lead in the series. Morry Gash/AP Photo

Kawhi Leonard had 27 points and 17 rebounds to lead the Toronto Raptors into the NBA Finals for the first time with a 100-94 victory over the Milwaukee Bucks on Saturday night.

The Raptors overcame a 15-point deficit to win the series in six games and will host the Golden State Warriors in Game 1 of the NBA Finals on Thursday night.

Pascal Siakam scored 18 points, Kyle Lowry had 17 and Fred VanVleet 14 for the Raptors, who used a 26-3 run late in the third quarter and early in the fourth to turn the game in their favor.

Giannis Antetokounmpo led the Bucks with 21 points and 11 rebounds, but the NBA's top team in the regular season saw its bid for a first finals berth in 45 years come to a disappointing end with a fourth consecutive defeat.