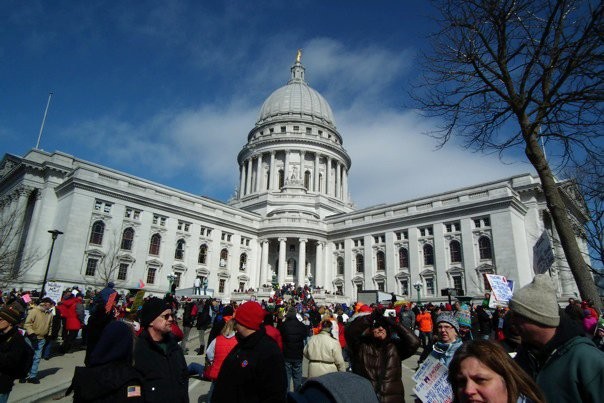 ListenDownload
Thousands of protesters are at the Capitol today, demonstrating against Republican Governor Scott Walker's budget repair plan. While the governor defends his plan as necessary to prevent layoffs and help fix the state's budget deficit, critics say its restrictions on collective bargaining for most public employees amount to union busting. WPR's state government reporter, Shawn Johnson, reports from the scene.