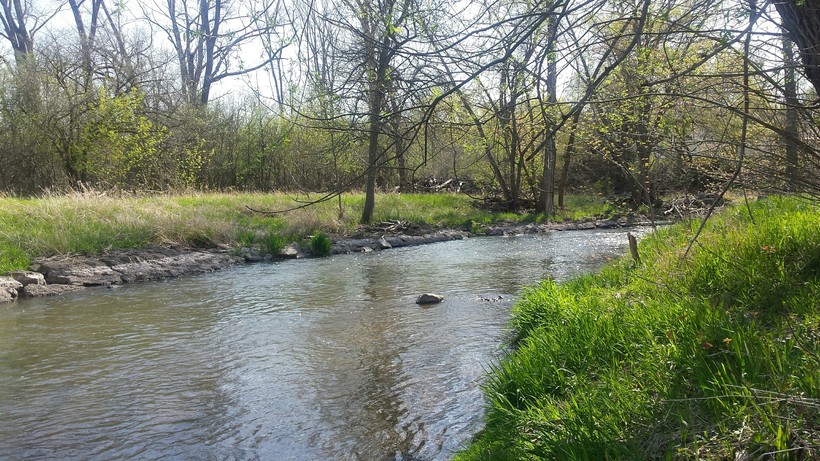 The Root River flows through Lincoln Park, in Racine.

A committee of representatives from 10 Great Lakes states and Canadian provinces is meeting in Chicago this week in hopes of hammering out final recommendations on Waukesha's plan to pipe in drinking water from Lake Michigan.

The landmark diversion proposal, which would be the first time under a 2008 agreement that a community just outside the Great Lakes Basin would get access to lake water, has mainly been hung up on which towns around Waukesha would also qualify.

On Tuesday morning, the review panel agreed to additional restrictions to the water service area, limiting Lake Michigan water to just the city of Waukesha and some Town of Waukesha "islands" surrounded by the city.

But some critics still hope for a closer look at the other end of the process — Waukesha's plan to return about 8 million gallons of treated wastewater to the lake by sending it down the Root River through Racine. Racine hopes to redevelop riverside buildings into a mixed use project. Chuck Quirmbach/WPR

The last few miles of the Root include both popular fishing spots as well as areas in the city that state and local officials say are primed for revitalization, and they don't want treated wastewater literally fouling things up.

One project, according to Racine Democratic state Rep. Cory Mason, would see the city and developers investing at least $65 million to redevelop an old steam engine plant on riverfront property as a mix of apartments and retail.

"It just doesn't seem fair really that we're doing everything we can to revitalize the river, while Waukesha upstream — they're able to discharge their treated sewage into the river," said Mason. "And we're worried about what it means not only for the health of the river, but the viability of big economic development projects like this."

The Root River in Racine is not pristine. It's impaired by long ago industrial discharges and by upstream farm and road runoff in Racine and Milwaukee counties. But Mason said there's a plan to clean up that pollution, which he said would also help Lake Michigan. Racine says it's already done a lot to boost recreation near the mouth of the river. That's especially visible at North Beach, which has been cleaned up over the last 15 years and won awards from national beach groups. Todd Brennan of the Root-Pike Watershed Initiative Network said it's finally reached the point where school children have only heard good things about North Beach.

"We have an entire generation of students who grow up knowing exactly what it means to have their expectations met at the beach," he said. "It's clean, it's healthy, it's a place to come to enjoy."

Brennan said that's all at risk if Waukesha sends wastewater down the Root River, and it starts flowing north along the lake.

But 30 miles to the northwest, Waukesha isn't buying Racine's concerns.

Instead, workers are helping upgrade the city's sewage treatment plant for the current discharge of water to the Fox River and, perhaps within a few years, the used lake water to the Root. Waukesha Water Utility general manager Dan Duchniak said the treated water his city would pipe to the Root at a pumping station in Franklin would not harm Racine's economic development.

''There's going to be no partially treated sewage, no raw sewage that's going to be going down the Root River," he said. "The only water that can make it to the return flow pump station is fully treated wastewater effluent that would be of the highest quality."

And Duchniak said that if the federal government eventually sets standards for treatment of pharmaceuticals and viruses that make it into wastewater, Waukesha would follow that law, too. He said the extra flow of water down the Root River would improve fishing and tourism for Racine during drier months.

But Racine officials remain skeptical. If they can't get the Great Lakes review committee or the governors to halt Waukesha's return flow plan, Racine Mayor John Dickert won't rule out a lawsuit. Dickert said he'll do everything he can to protect his city, and its river.