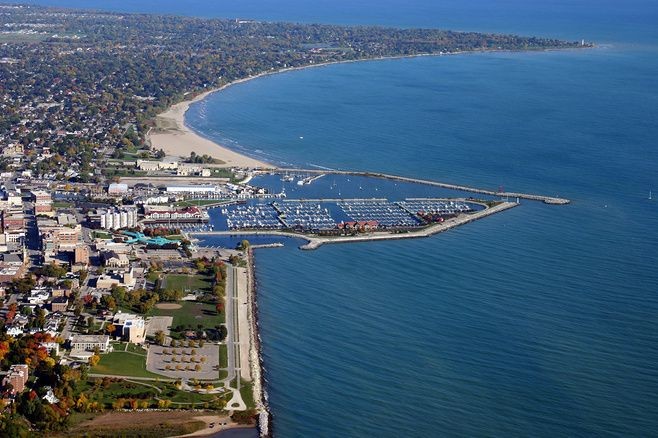 The city of Racine is renaming a causeway over the Root River that had been named for Christopher Columbus.

As first reported by the Racine Journal-Times, the council voted 11-4 Monday night to change the name to the Kipi Kawi Causeway.

Kipi Kawi was the name the Potawatomi used for the Root River.

Rosa Salinas-Hultzman, co-chair of the group Coming Together Racine, said Columbus' treatment of native people was reason enough to make a change.

"It should not bear the name of such actions," she said. "Rather, it should bear the name given by the people who walked and cherished it."

Council member John Tate II, who sponsored the resolution, said the change would also celebrate "things that are actually about our city. Christopher Columbus never walked in Racine, never landed in Racine. But the Root River runs through Racine, and we ought to celebrate that."

The original proposal called for changing the name to the Root River Causeway, but the council approved an amendment from Ald. Trevor Jung to substitute Kipi Kawi to "honor indigenous people."

No one at Monday's meeting spoke against removing Columbus' name.

The resolution only affects the stretch of causeway controlled by the city. It calls on Racine County, which controls most of the span, to make a similar name change.