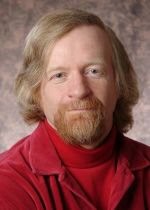 Congressman Paul Ryan is holding his first town hall meetings in his district today since last fall's election, when he was an unsuccessful vice presidential candidate.

Kristen Durst: Did last fall's defeat come up at all today?

Chuck Quirmbach: Well, Congressman Ryan has mentioned it a couple of times when he was in Dousman today. He's been a particular critic today of the Obamacare healthcare legislation, calling it a disaster, and saying if he and Mitt Romney had been elected last fall would have stopped the law from taking effect. He also made reference to how many votes he lost in certain key states and how that would have affected the election. But he gave us a few minutes at the end of the Dousman session today, and said that he is not allowing himself to think about another run for president. He said he's focused on the House.

KD: What else did he have to say today?

CQ: Well, in his role as House budget chairman, he focused a lot today on the budget that has passed the House, that needs to be changed and worked out with what the Senate has in mind, and what the president has in mind-- along the issues of debt relief, along the issues of tax reform. Another issue, of course, in Congress right now is immigration reform, which Paul Ryan seems to support. But he's getting heat from all sides today. There's Democrats catching up to him - one person that said, "Ryan is the boy who cried crisis over the debt," and other folks that are worried that immigration reform will not keep lawbreakers out of the country. So he's getting it from all sides. He's getting about 100 people at each meeting so far.